The Col de l'Iseran is the highest official col in Europe. Its located in a remote corner of France. You can't ride a loop and there are no gran fondo's. That makes the col relatively unknown. Nevertheless, the Iseran is very worthwhile, a 'must do' for your palmares. 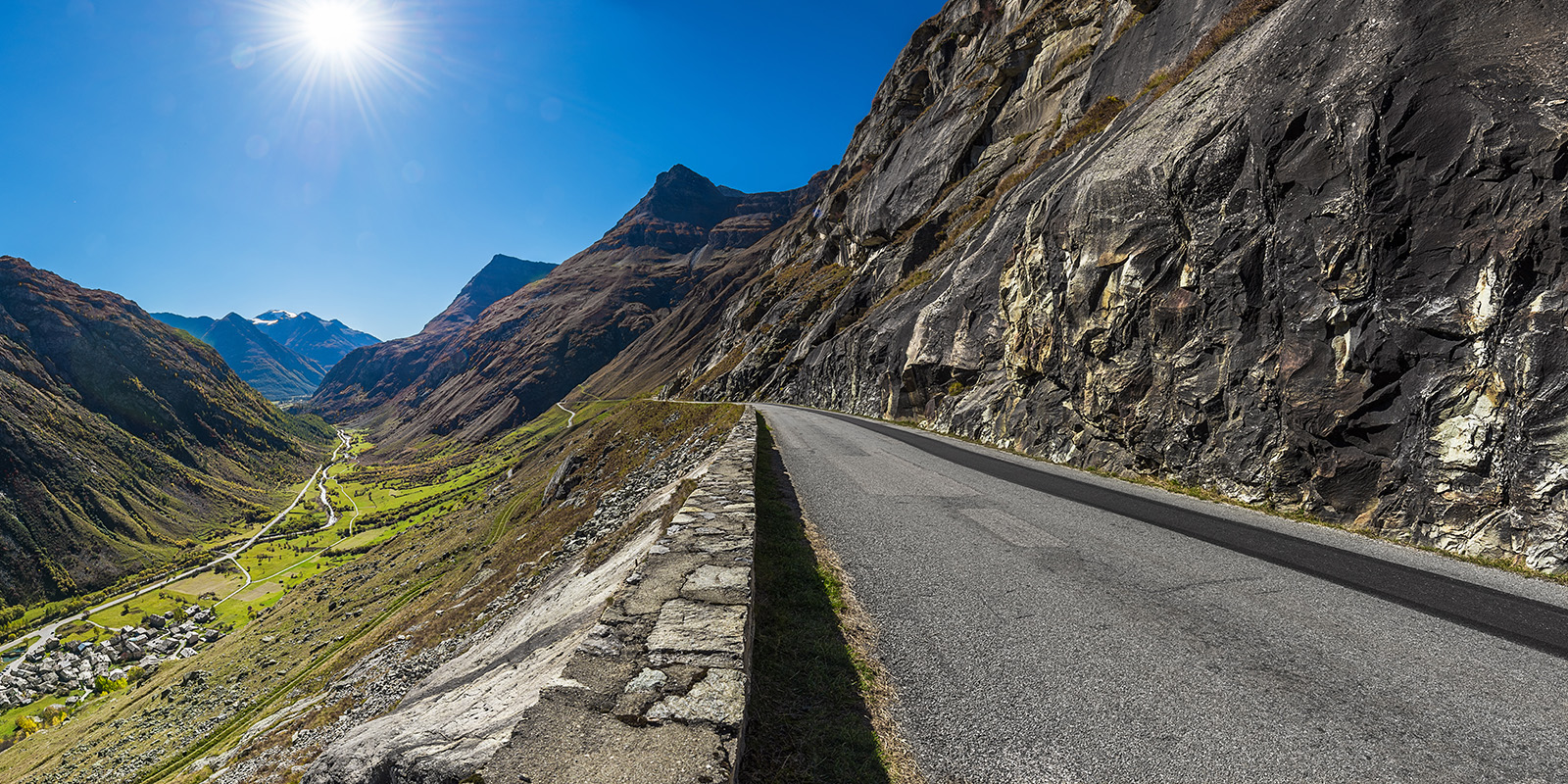 The Iseran is located entirely in the French department of Savoy. This is a dream for winter sports enthusiasts, because Les Trois Vallées is the largest winter sports area in the world. Because the ski seasons are getting shorter, the area tries to attract cyclists for the summer. That is why a new col has been opened in 2019 between Courchevel and Méribel: the Col de la Loze. The road is only accessible for cyclists. Furthermore, the Savoy is full of large and well-known cols, such as the Col du Galibier, Col de la Croix de Fèr, Col du Glandon, Col de la Madeleine and the Cormet de Roselend.

The col can be reached from the north and south. The south side is the most interesting. From Lanslebourg you first climb to an insignificant col. After that it descends slightly and stays flat for about 8 kilometers through a nice wide valley. But from Bonneville-sur-Arc it goes up seriously for 13 kilometers. The road is narrow; this is great cycling. There's hardly any traffic. You'll have to work hard, because it is steep all the time. The landscape is desolate, rough and untouched. An ideal recipe for a super trip.

The Iseran of the North side is a very different climb. From Bourg-Saint-Maurice, the distance to the summit is no less than a staggering 47 kilometers. After a section of false flat, there's a 15 km long climb. Until Val d'Isère it is almost flat on a road with some long tunnels. Not really nice. But after the famous ski village hell breaks loose. Another 16 kilometers of climbing, averaging at 6%. At first it's  false flat, but after you've crossed the Isère it's enjoyable. You'll be overwhelmed by the lunar landscape. For a long time you have a beautiful view of the ski village. It's usually not crowded on the small road. Climbing at its best.

Only nine times the Iseran was included in the Tour. But when it was, it was usually a spectacle. In 1992 Chiappucchi booked his legendary victory after 200 kilometres of battles, 125 kilometres of which were solo:

In 1996 the passage of the Iseran and Galibier was cancelled due to heavy snowfall. And who doesn't remember the cancelled ride in 2019 when the road was flooded by heavy storms?

Haute Route Alps (Iseran is often, but not always, included)

It's either from Bourg Saint Maurice or from Lanslebourg. Other options don't exist. 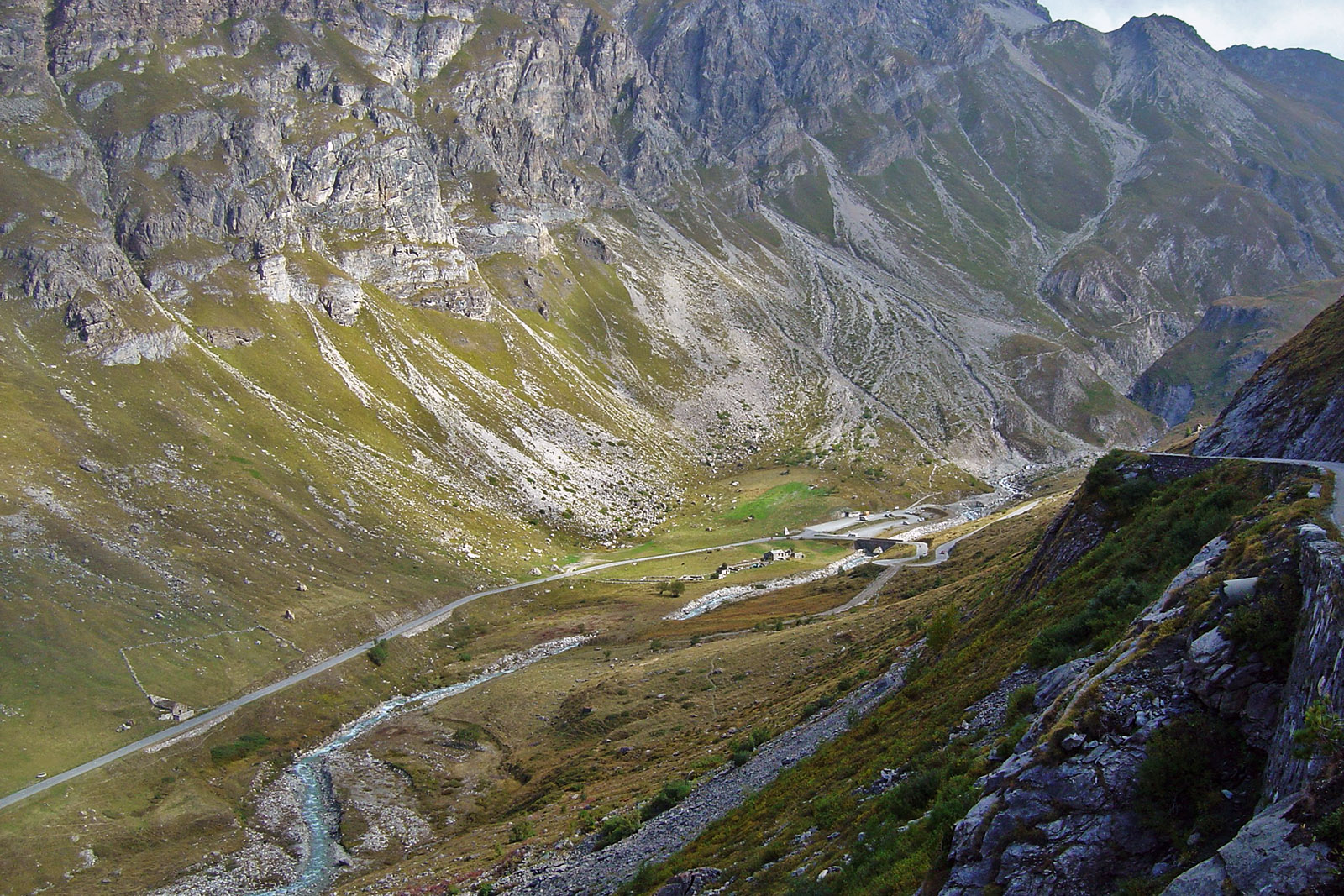 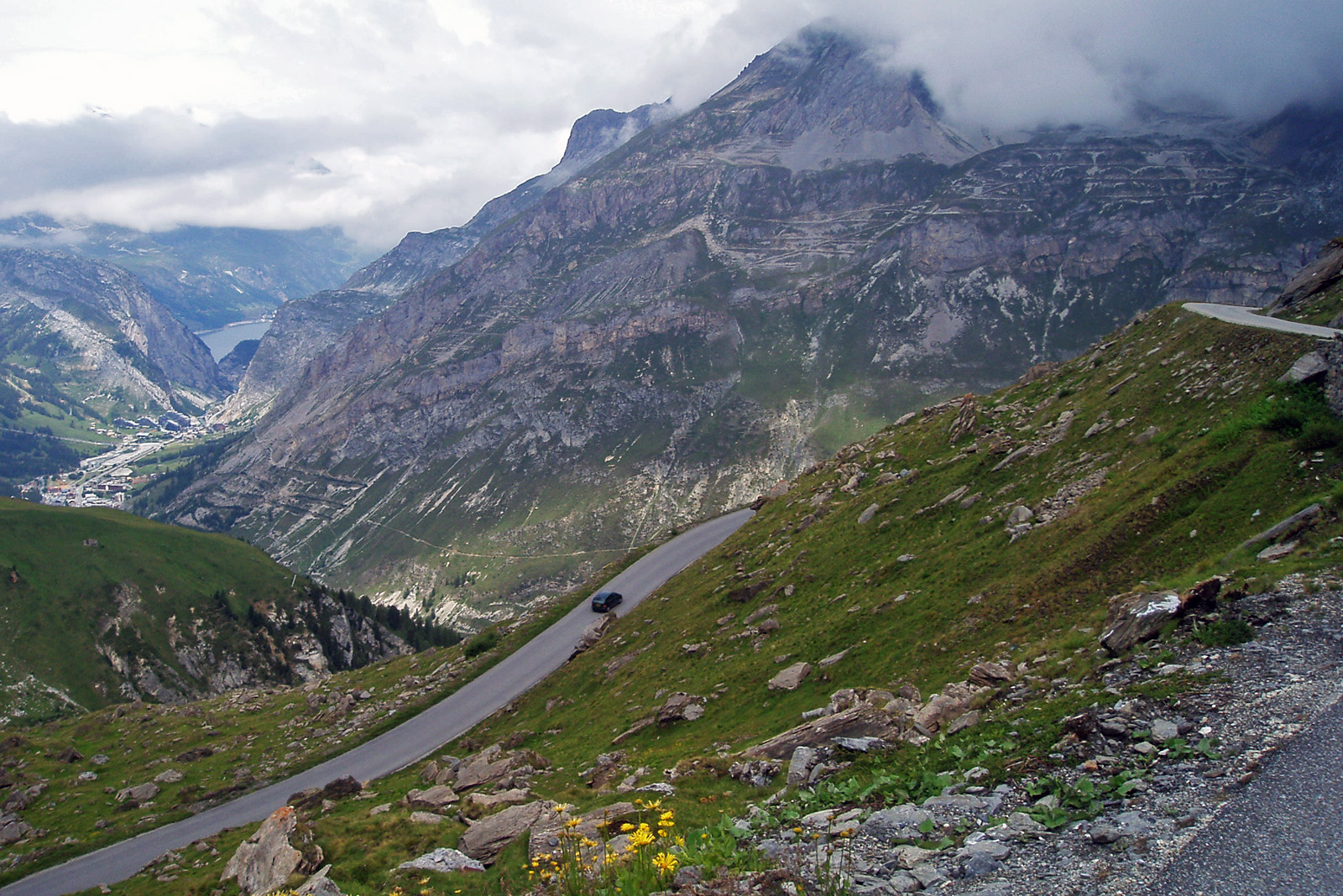 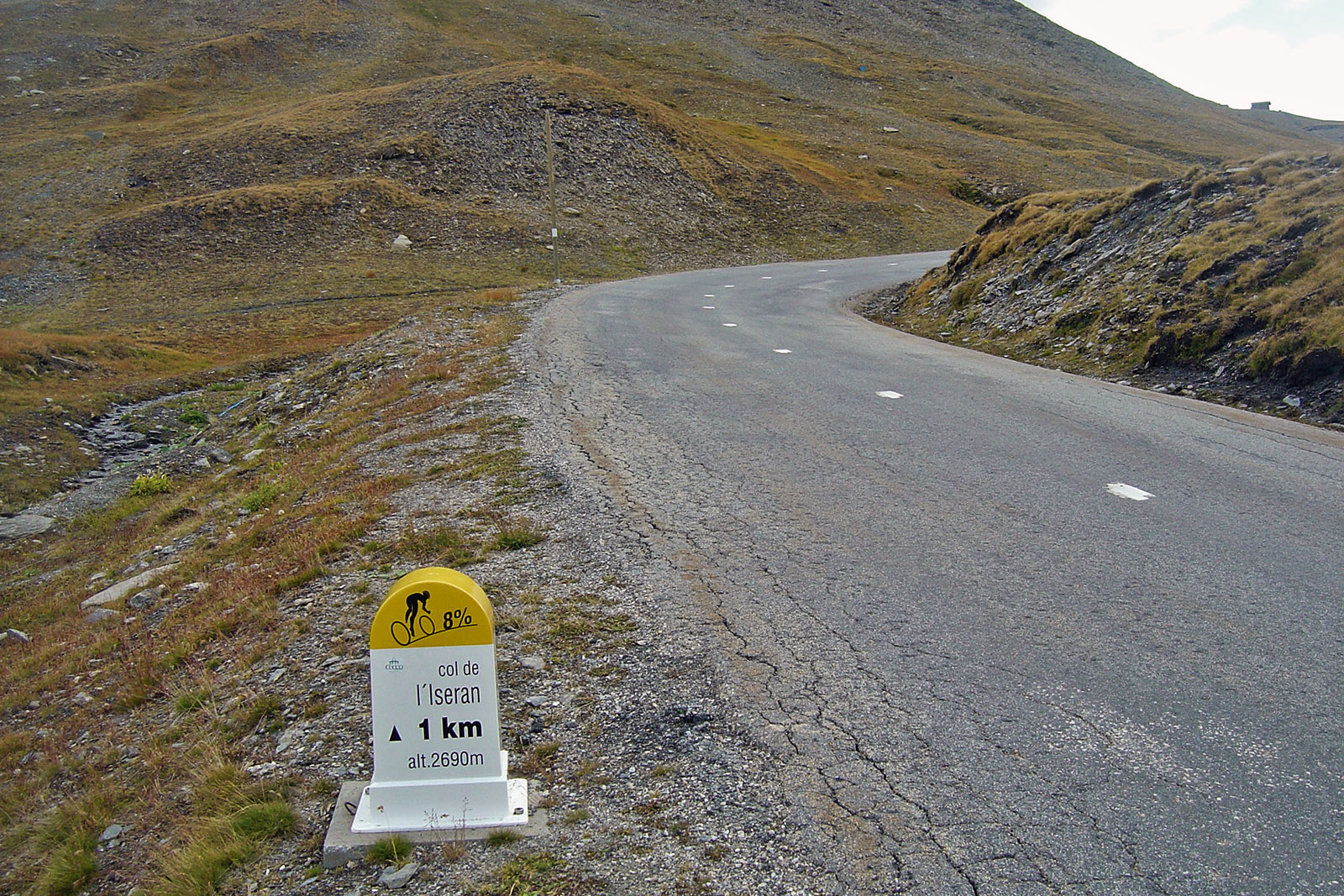 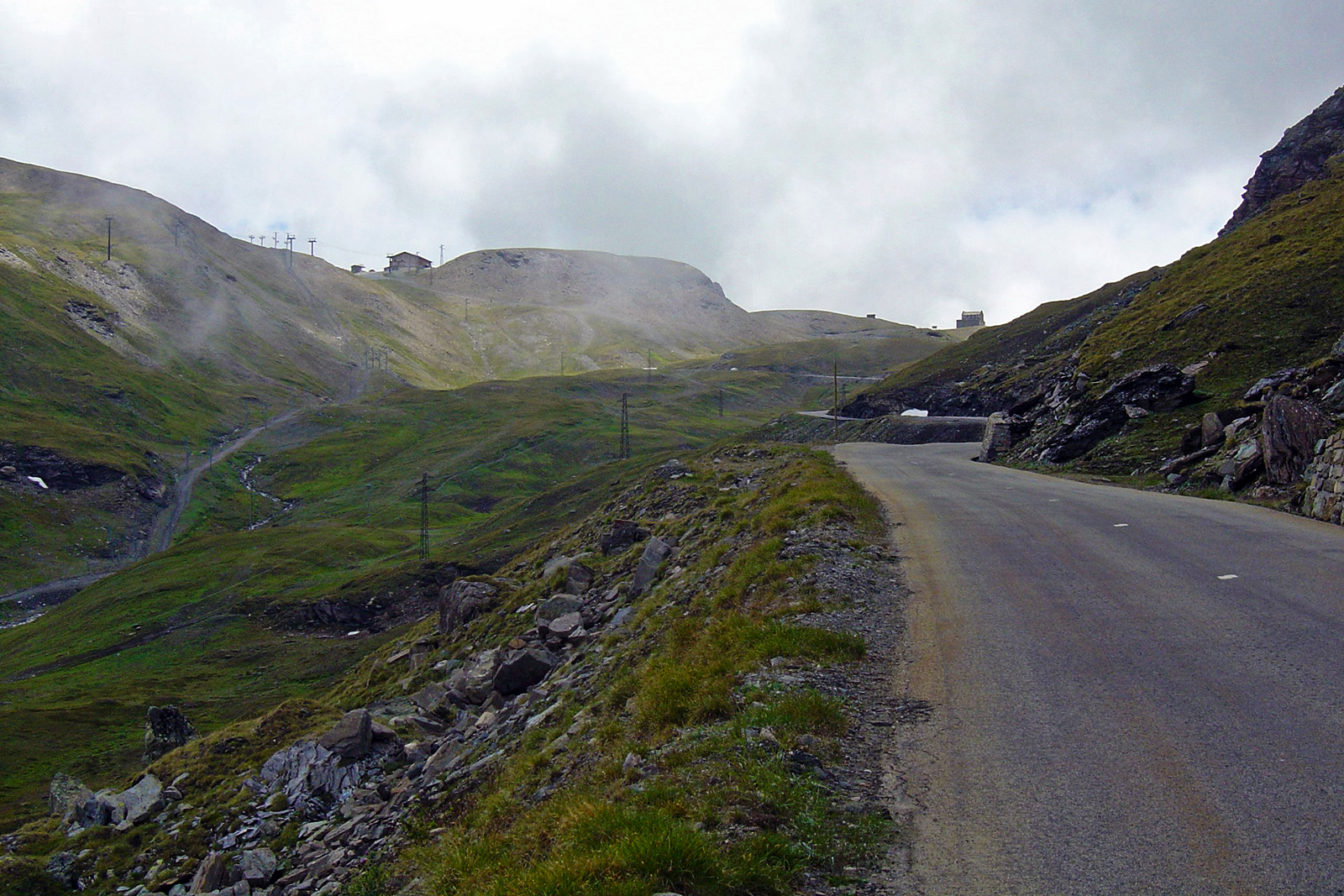 Picture 5 (Wikimedia Commons - Anthospace): North side, just below the summit 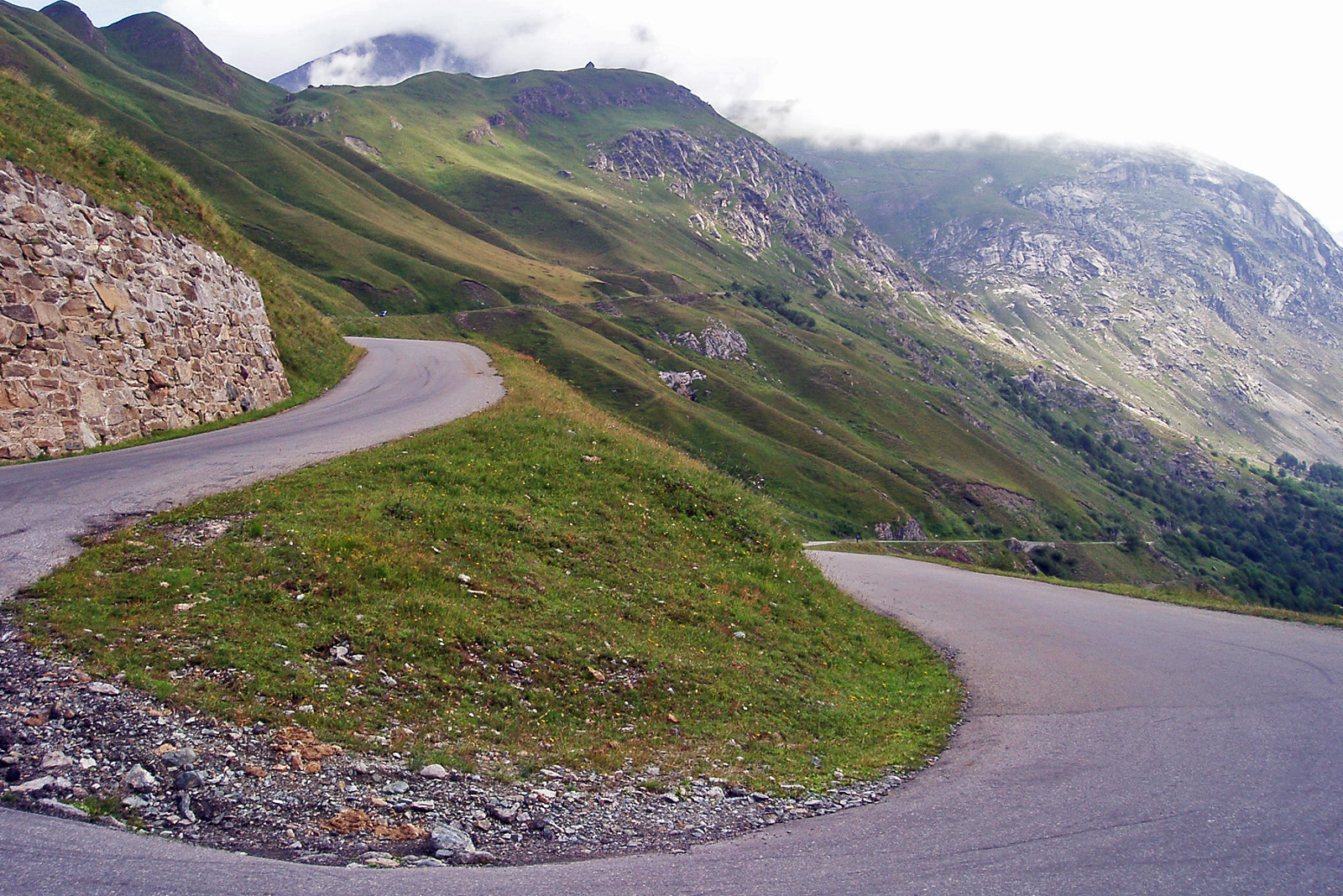 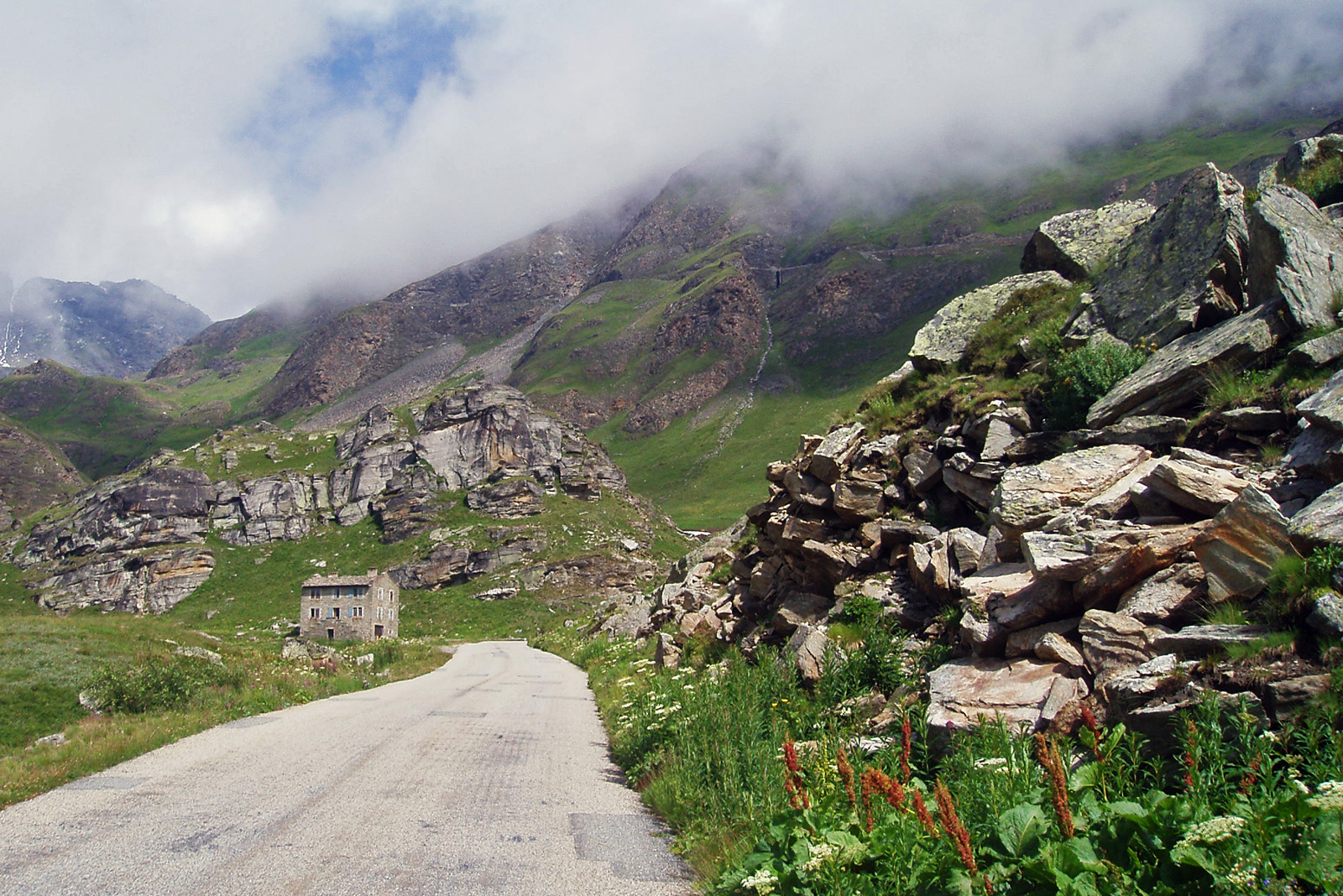 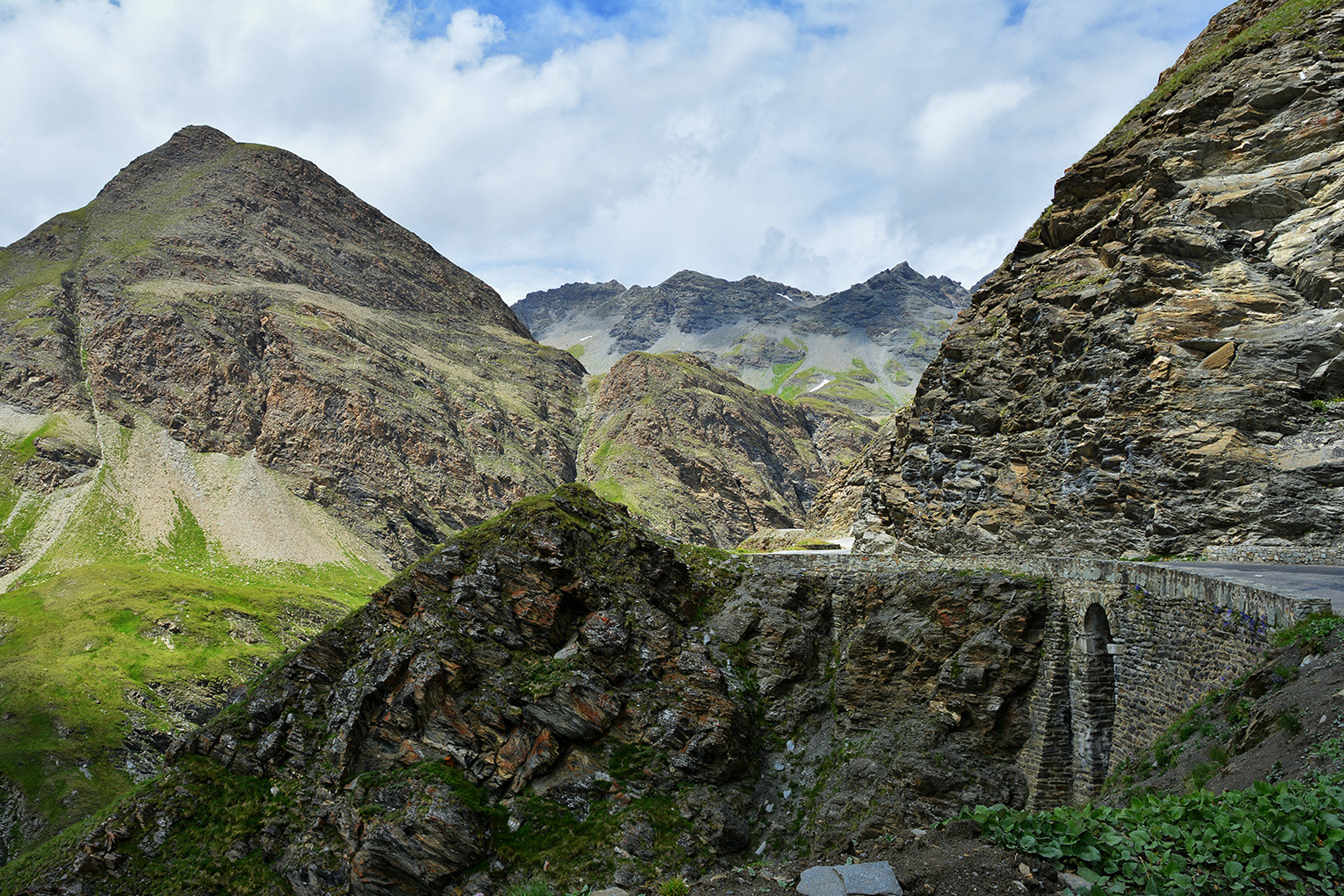 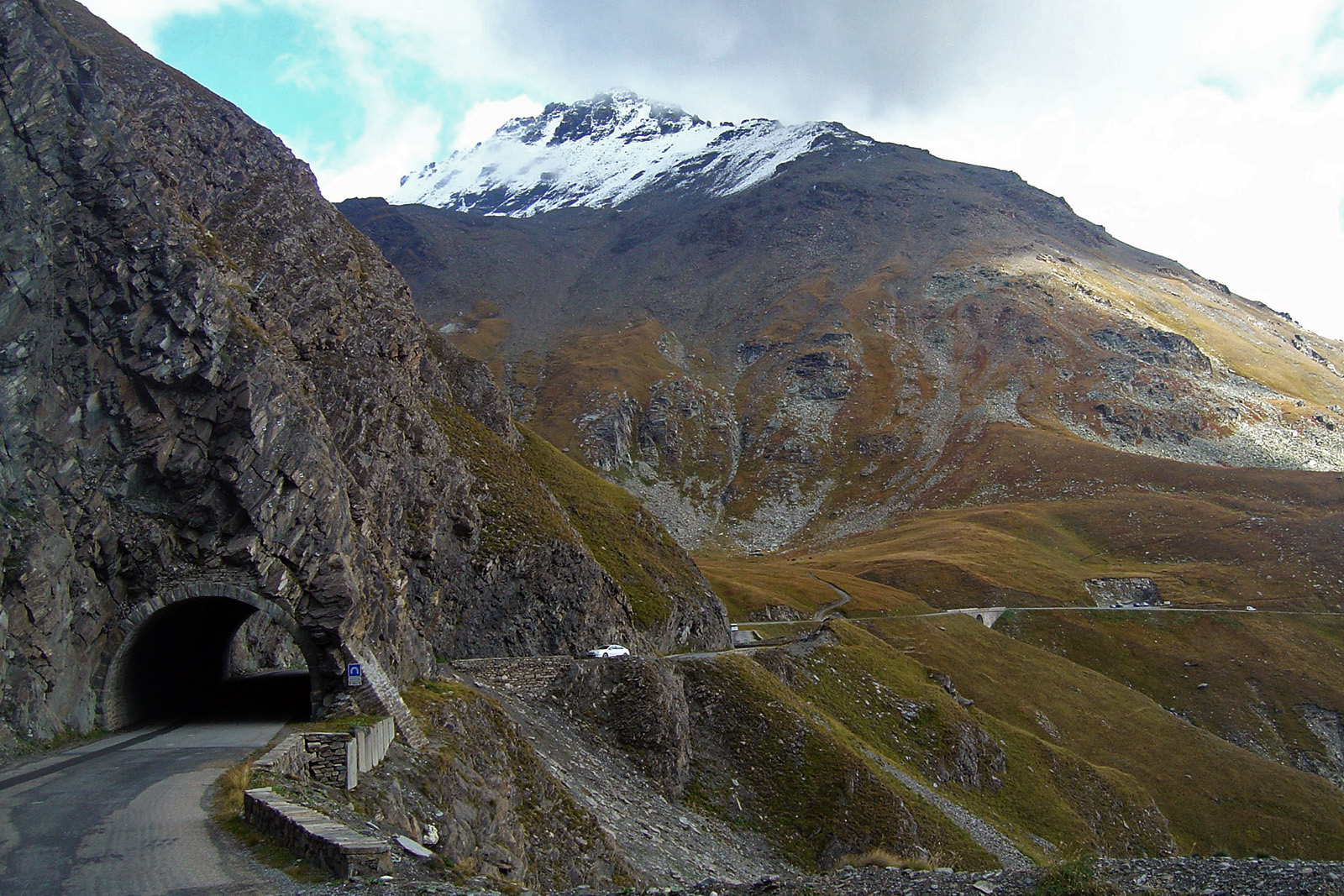 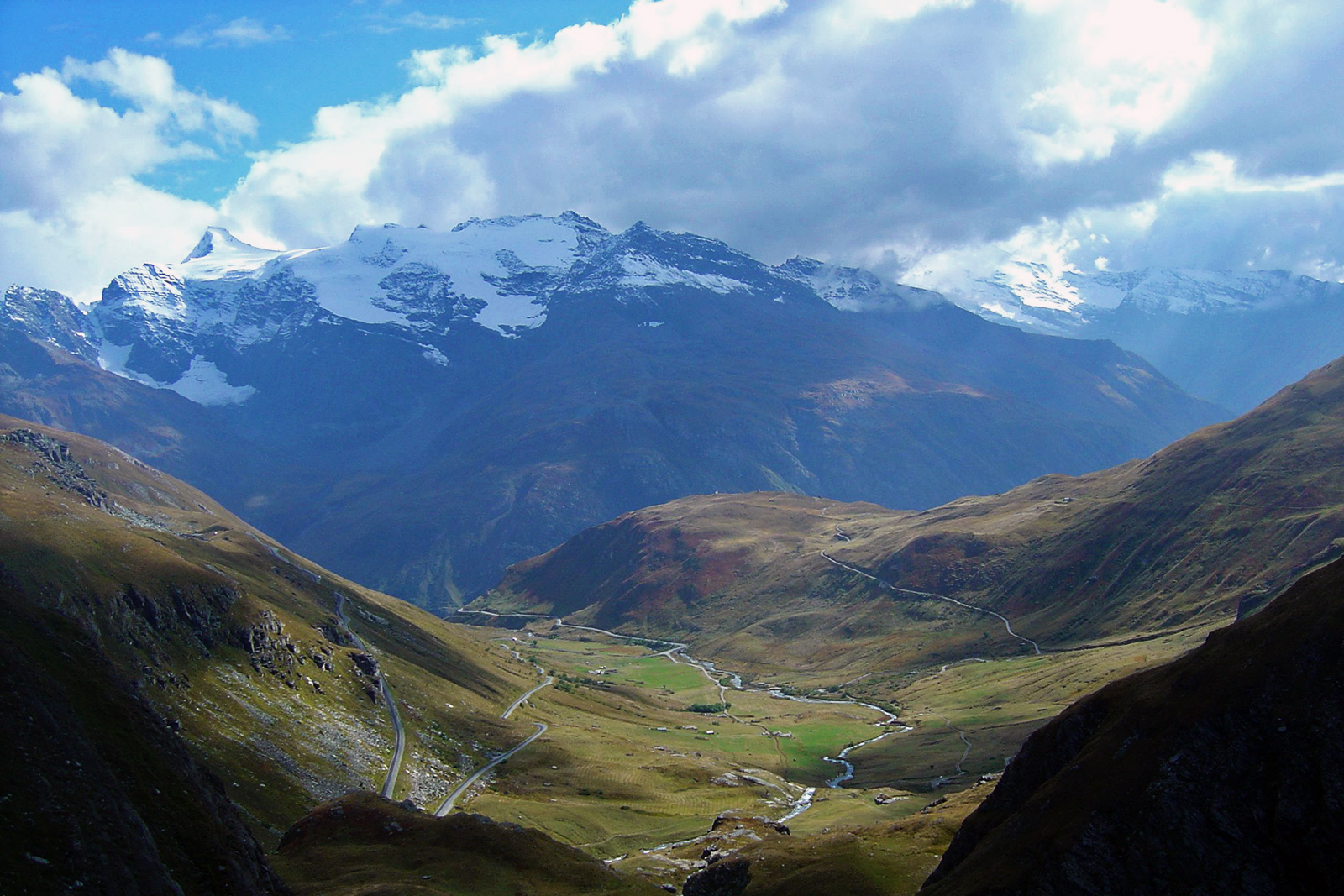 Picture 10 (Wikimedia Commons - Anthospace): South side, view on the valley 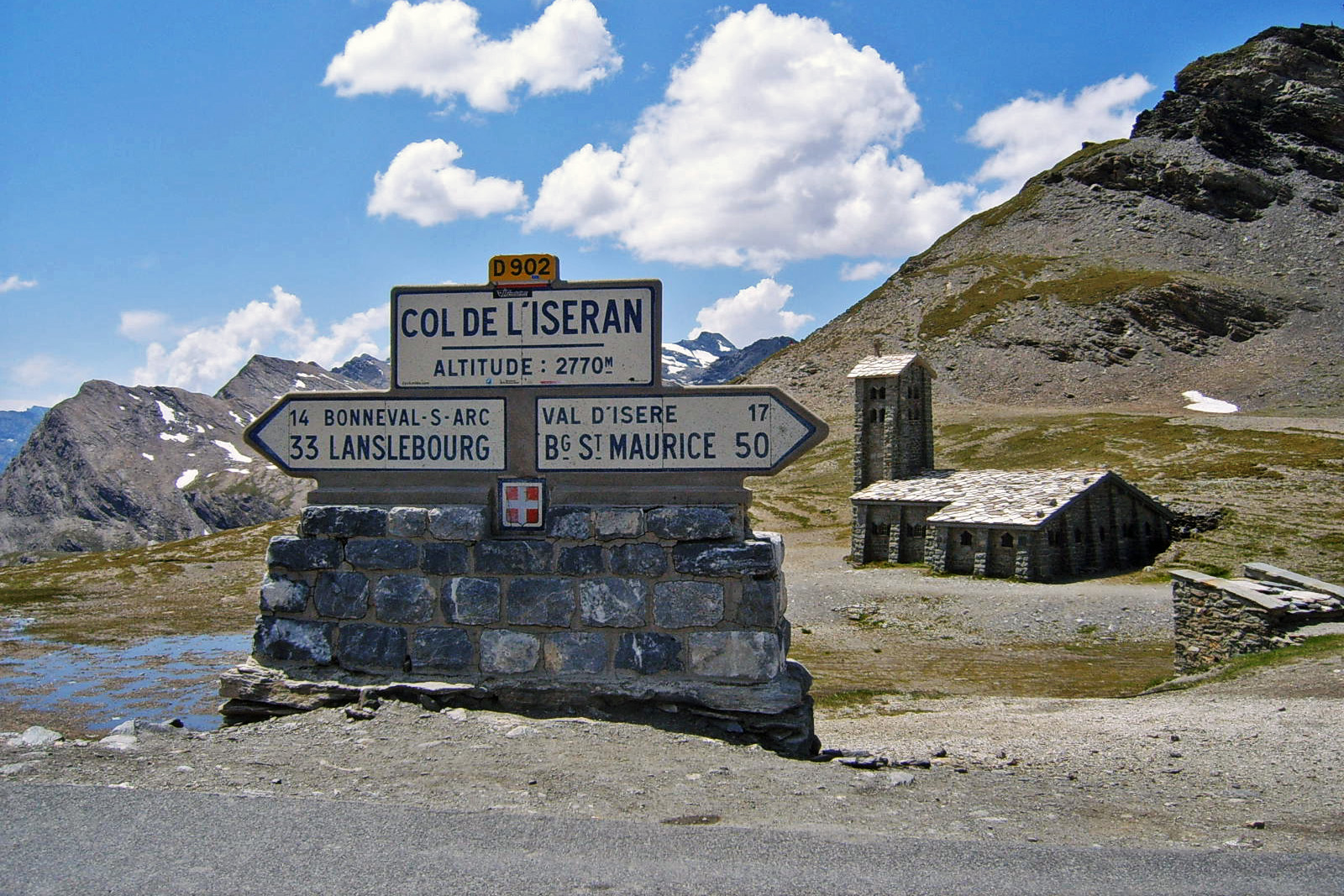 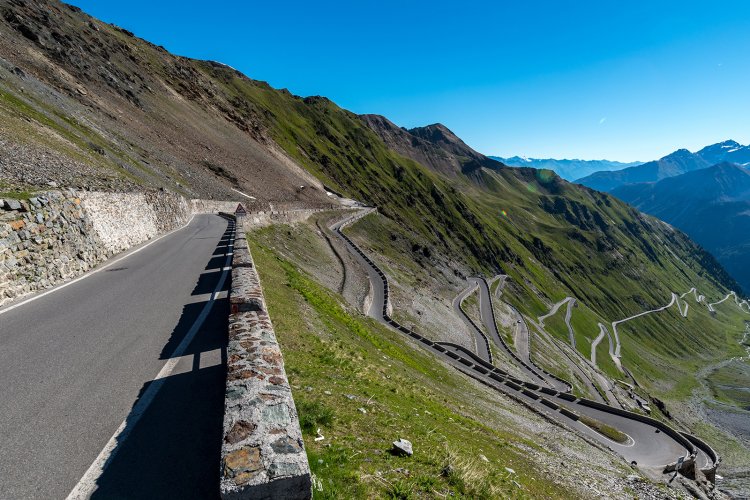 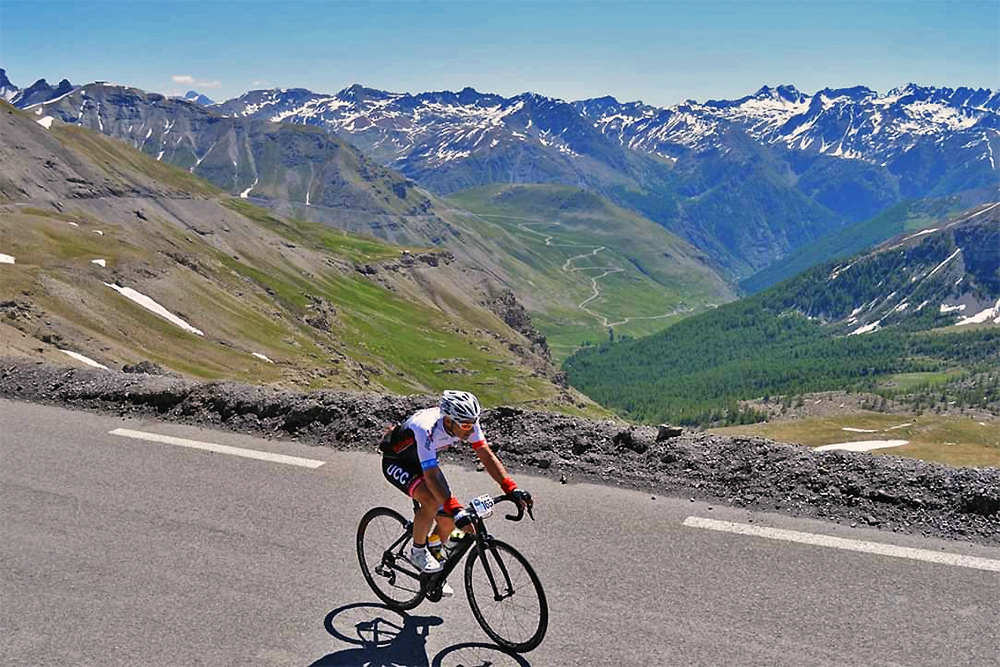 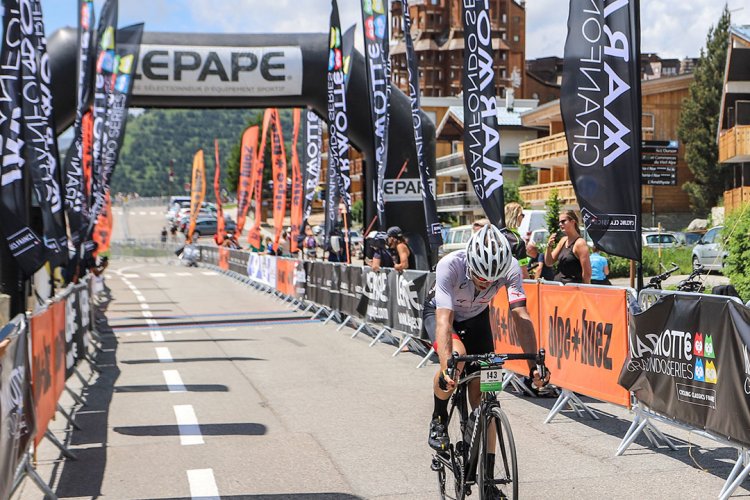