Today we travel to Austria in search of the highest climb in the Alps and the second highest in Europe. It start from Sölden in Tyrol. Its name: The Ötztaler Gletscherstrasse. Painfully steep and fabulously beautiful. 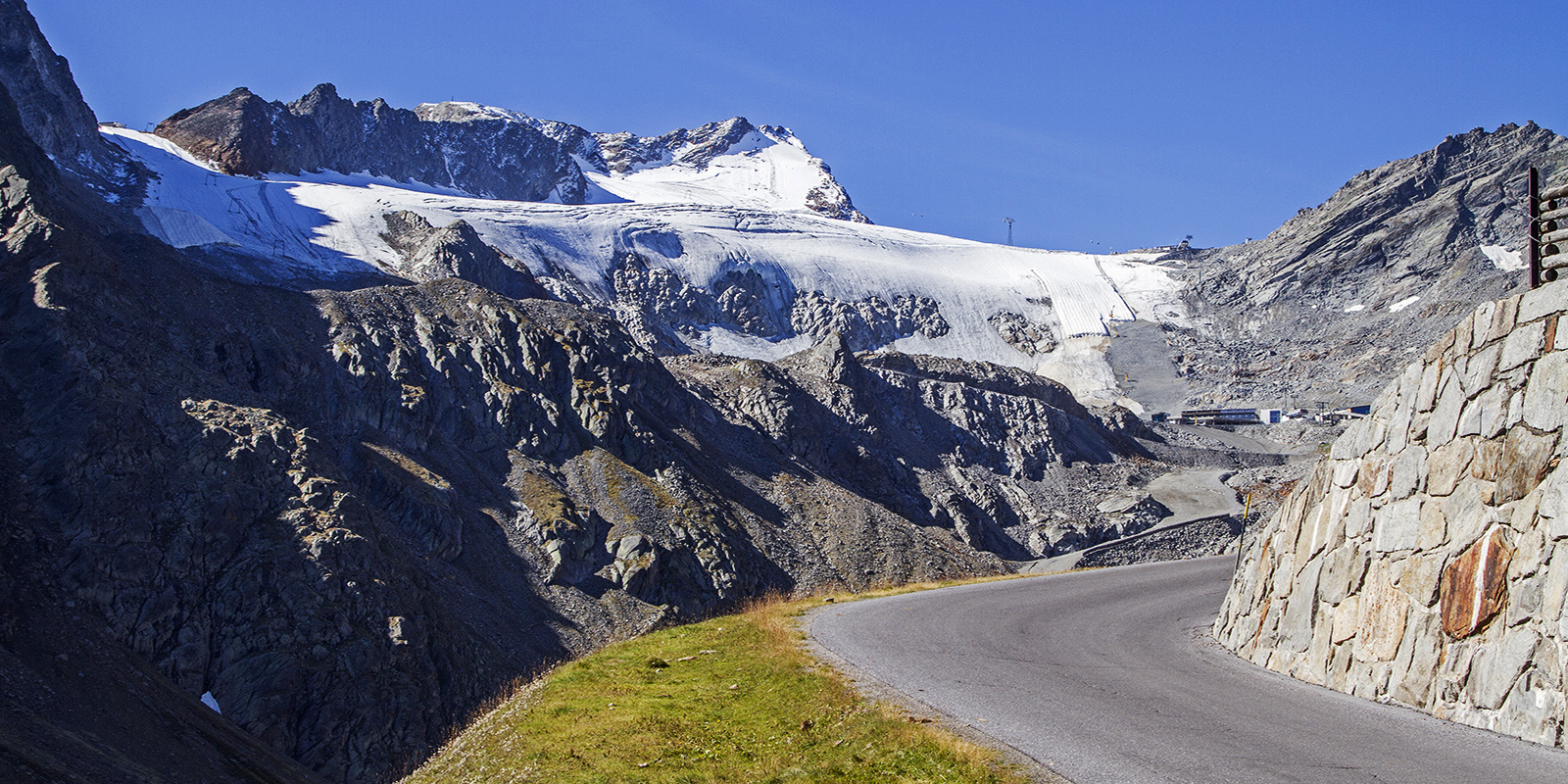 Tirol in Austria contains some of Europe's most famous climbs including the Kaunertal and the Timmelsjoch. The beginning of the Tiefenbachferner lies in Sölden in the Ötztal. This place is also the homebase of one of the most famous gran fondo's: the Ötztaler Radmarathon. As a cycling area, Tyrol is truly fabulous. Numerous passes and high roads make it a walhalla for every rider, road or MTB. However, bear in mind that it's often very steep. Besides, making a roundtrips is not always possible. If you don't mind doing dead ends, it's the place for you.

If you are looking for a beautiful destination for your family holiday, Tyrol is the place to be. Everything is well organised, there are plenty of ski lifts open in summer and there is plenty to do people in need of of an active holiday. The combination with beautiful cycling rides is obvious.

"If this climb were in France it would be world famous", Laurens ten Dam once said. In 2015, 2016 and 2017 it was the final stage of the queen's stage of the Tour of Switzerland. The Ötztaler Gletscherstrasse is a pearl and a monster at the same time.

As said, this dead end starts from Sölden, in the middle of the Ötztal. From here it goes straight up steeply. The first 5 kilometres, the average gradient is a staggering 11.7%. At the toll gates, the legs get a few hundred metres to refuel. And they need that too, because the next 5 kilometres are just as murderous as before. The view here is truly dazzling, as you drive straight down to the Rettenbachferner. Ferner is a German word for glacier. The Rettenbach and the adjacent restaurant are the first destination. But the real die-hards drive on to the car park where there's a sign saying "Ötztaler Gletscherstrasse Höchster Strassenpunkt Europas".

Factually this would be correct, but the highest point is a few kilometres away. For this you have to climb on to the Tiefenbachferner. You keep on ascending through the Rosi Mittermaier tunnel which is as dark as it is cold. Light and warm clothing recommended! The tunnel exit is at 2829 metres, making it the highest paved road (not col!) in the Alps. There used to be a sign here, but on my trip in 2014 it was no longer there. Nevertheless it should not be missing on your palmares.

The Deutschlandtour was the first in 2005 with a finish at the Rettenbachferner at 2600 metres. Levi Leipheimer won before Jan Ullrich. In 2007, the event came by again. In 2015, 2016 and 2017 the Ötztaler Gletschstrasse was the final climb of the queen's stage of the Tour of Switzerland. The first two years the finish was at the the Rettenbach, but in 2017 the riders went through the tunnel to the Tiefenbachferner. It is the highest finish ever in a European cycling race. Slovenian rider Simon Spilak won both the stage and the final classification.

Watch the video, this is fantastic.

The climb is a dead end, so there are no round trips. From Sölden you can make a 'fork' with the Tiefenbachferner and the Timmelsjoch. And of course there is nothing wrong with riding only the Ötztaler Gletscherstrasse. It is challenging enough. 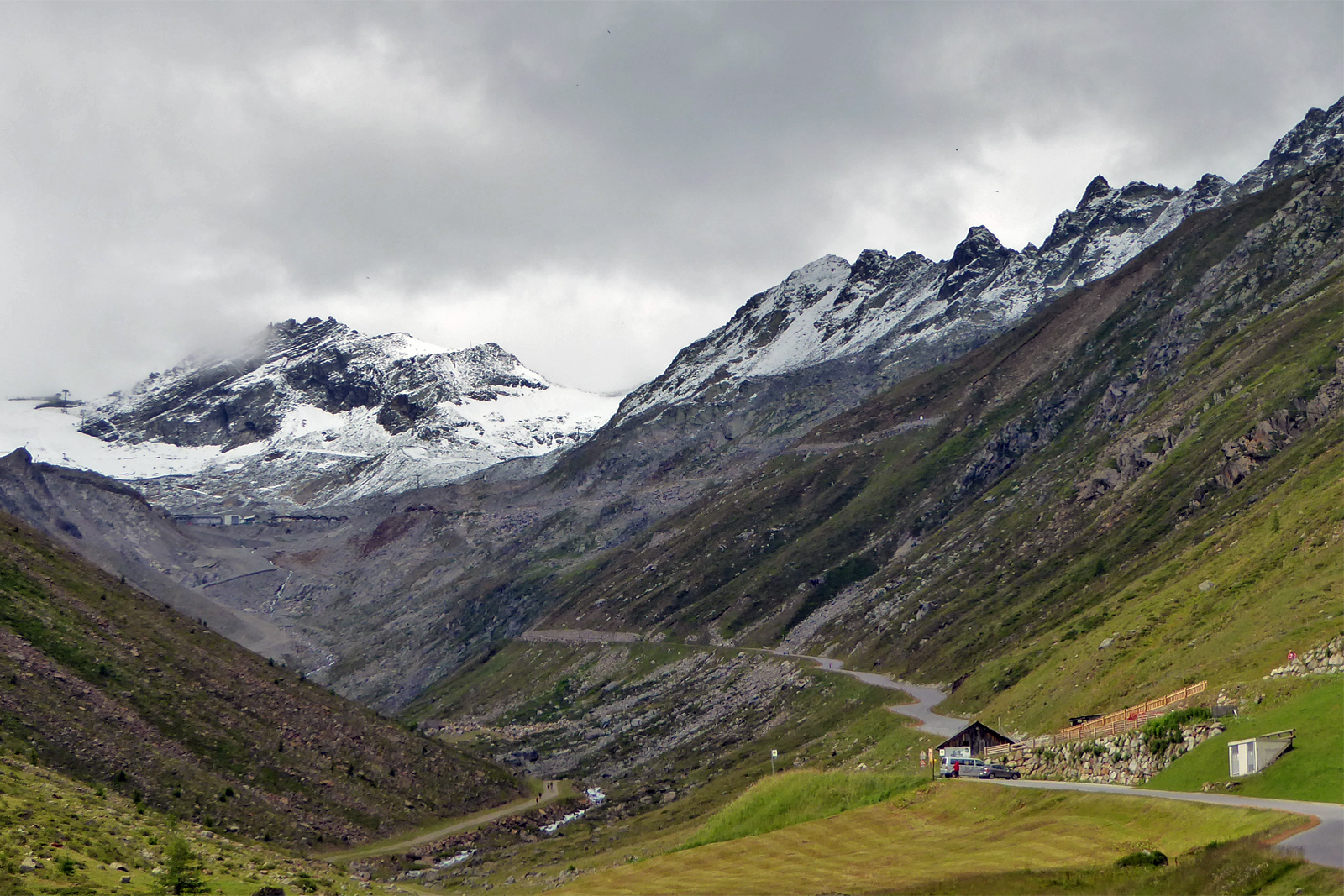 Picture 2 (Herman Nekkers): A summer day with lots of snow, view of the glacier 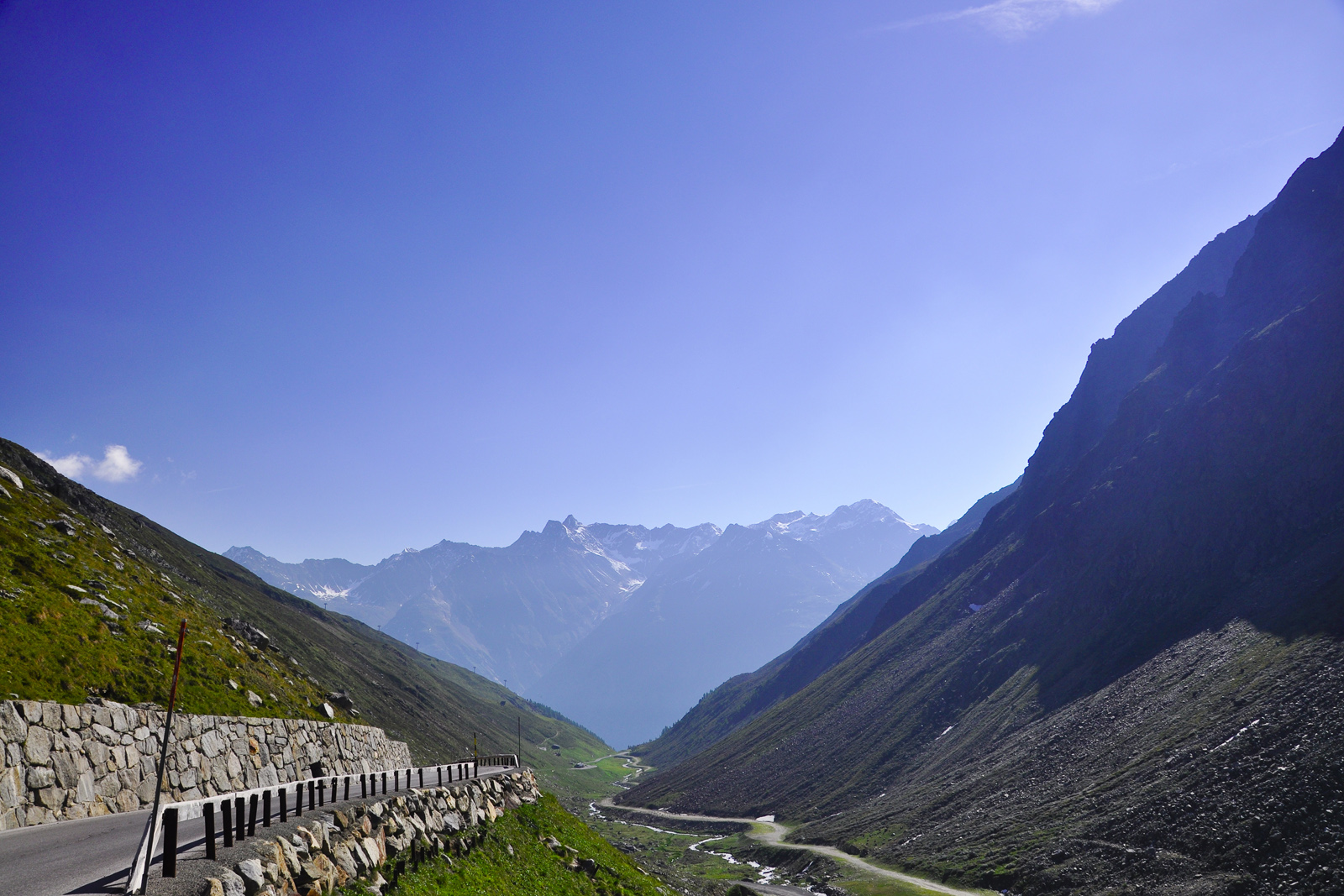 Picture 3 (Adobe Stock): Looking back on the valley 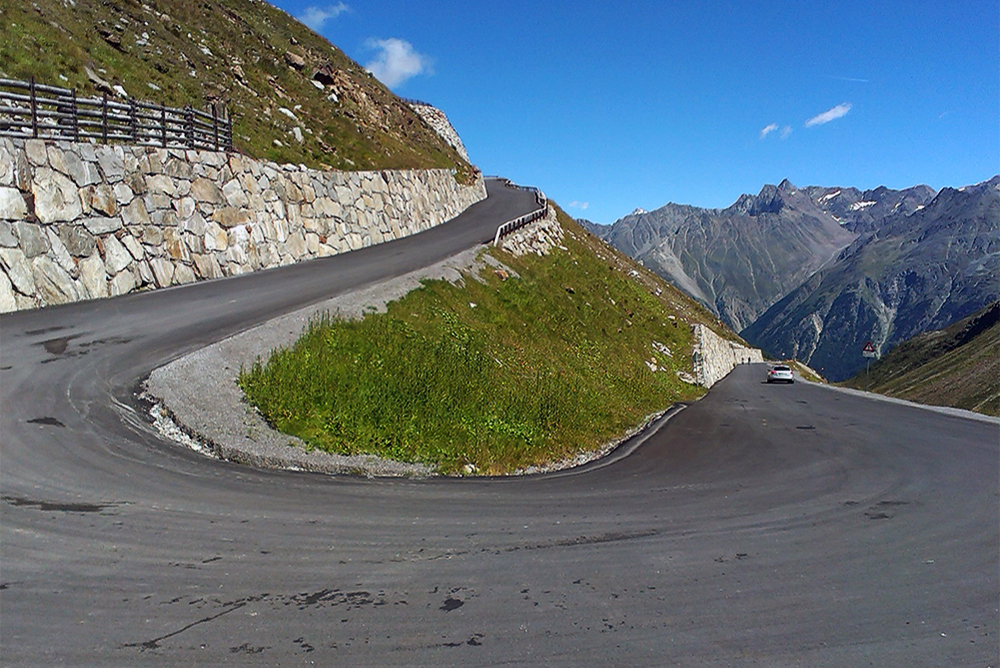 Picture 4 (Herman Nekkers): One of the steep hairpin bends 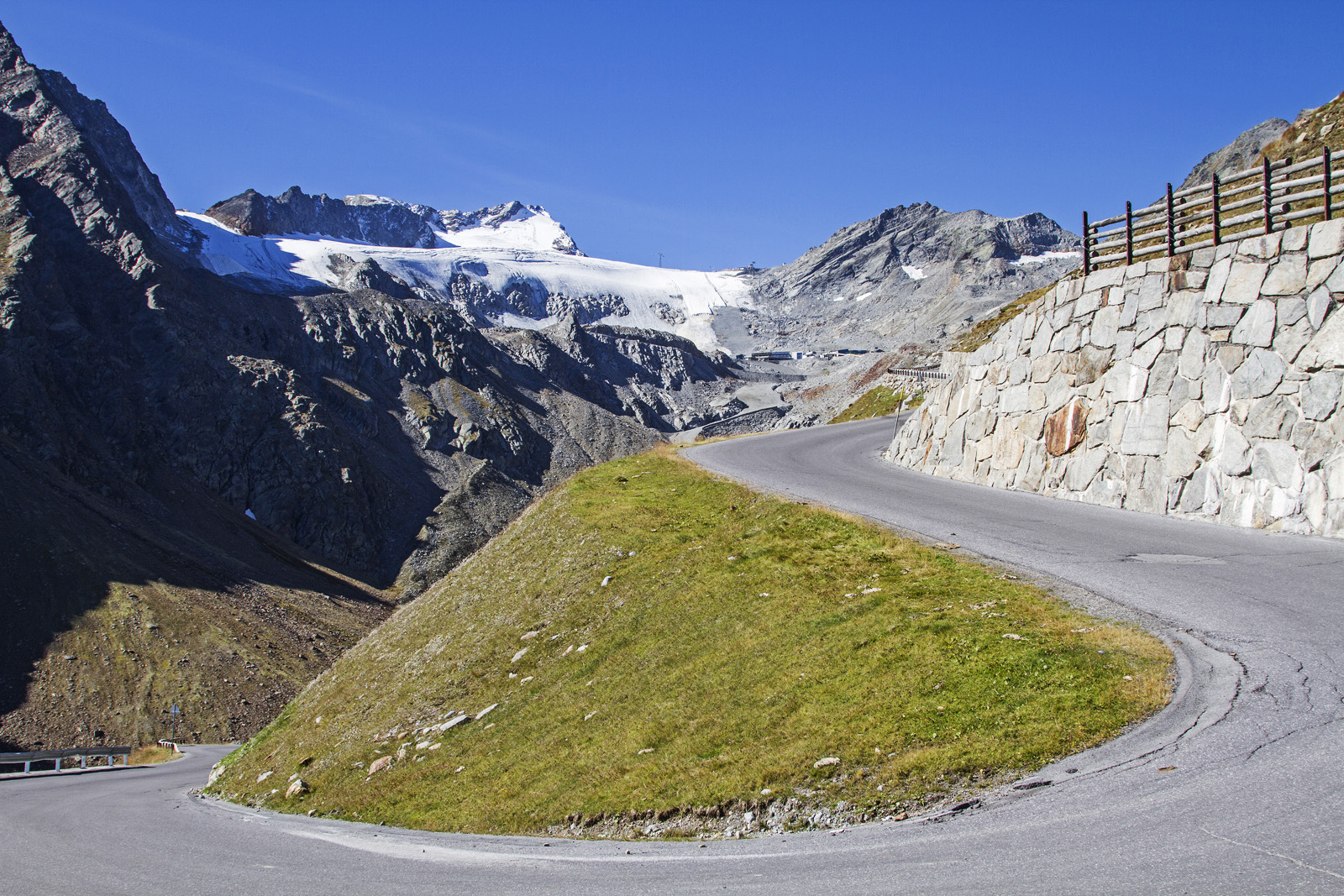 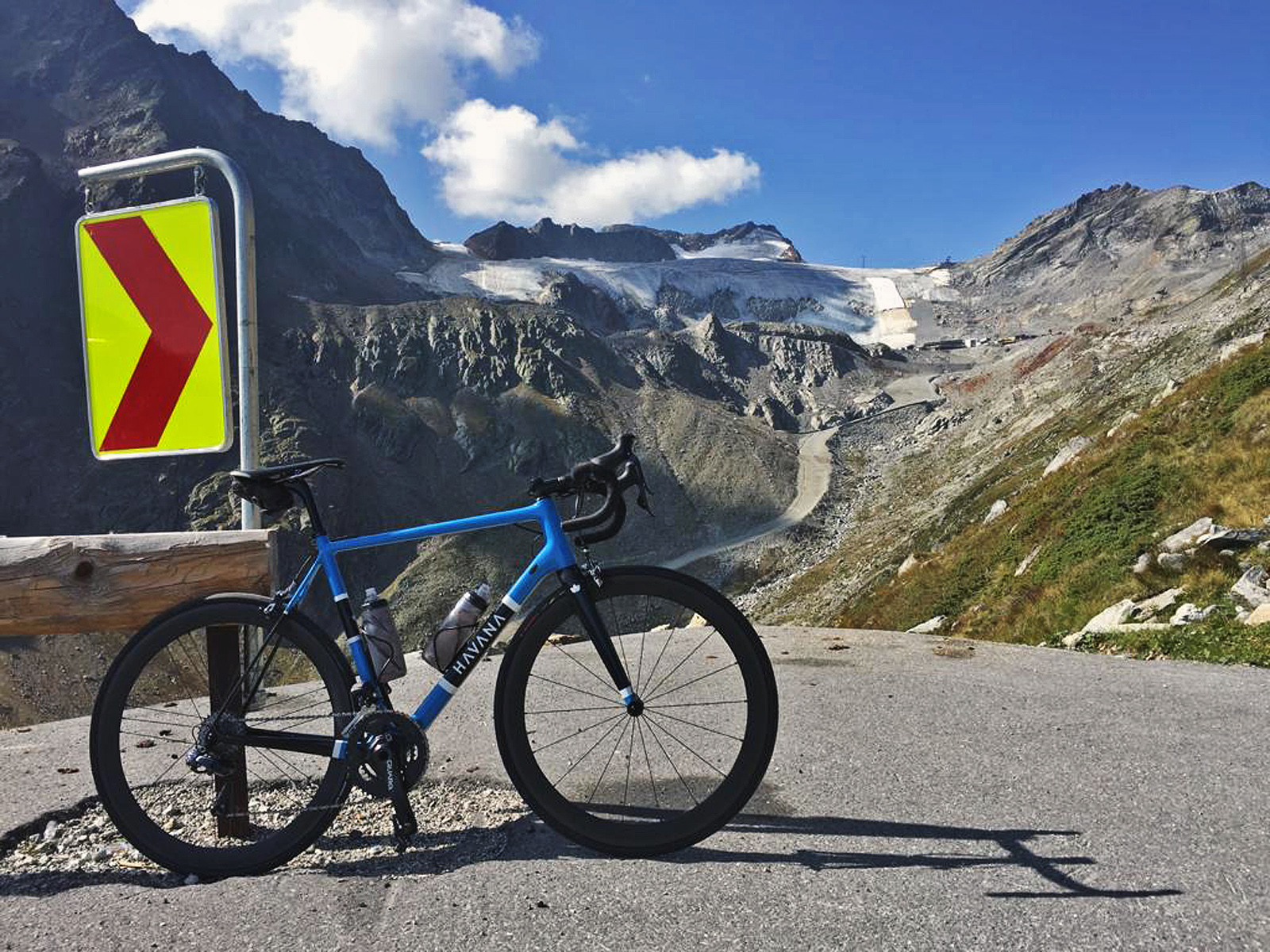 Picture 6 (Frank Jansen): Bicycle and glacier, what a combination 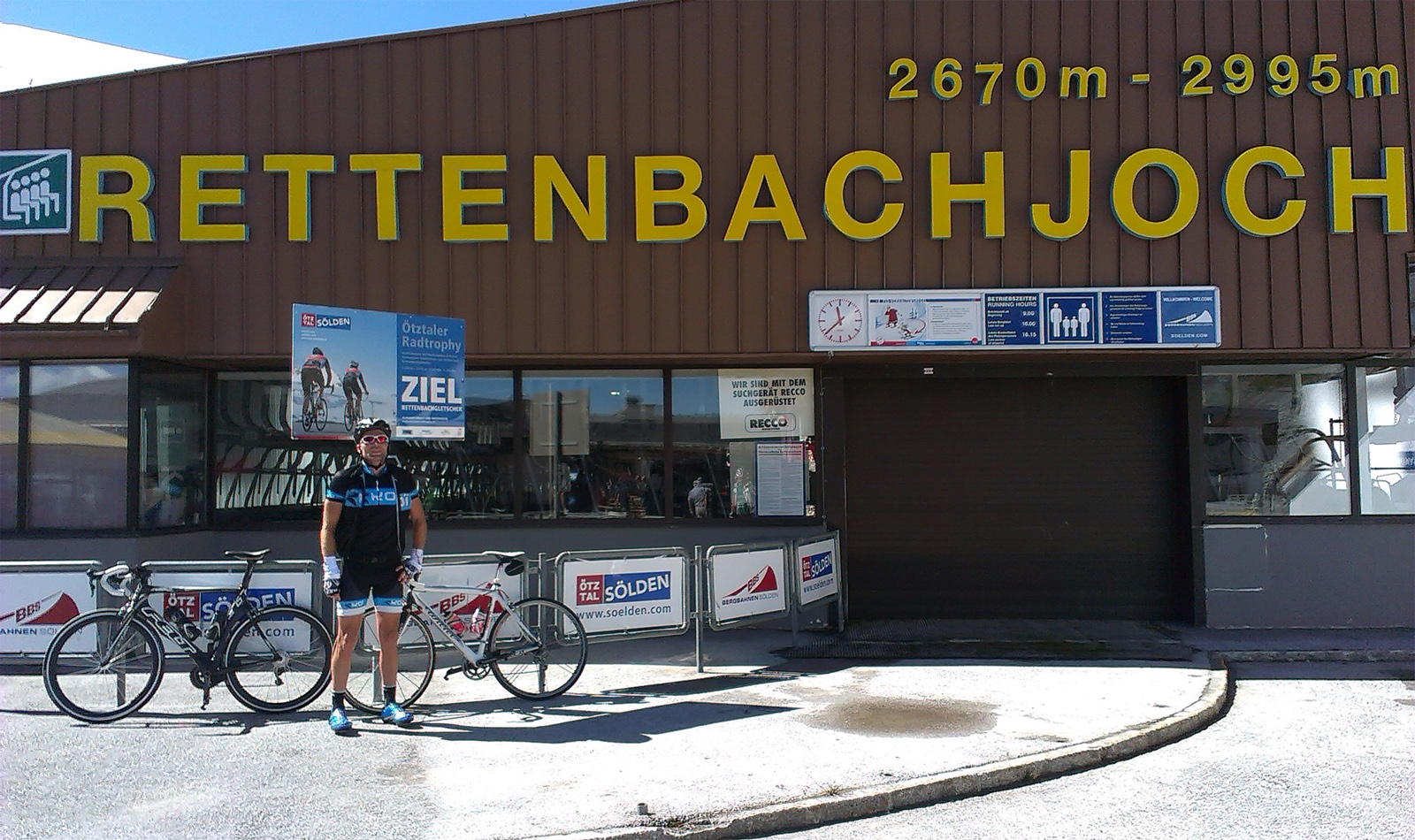 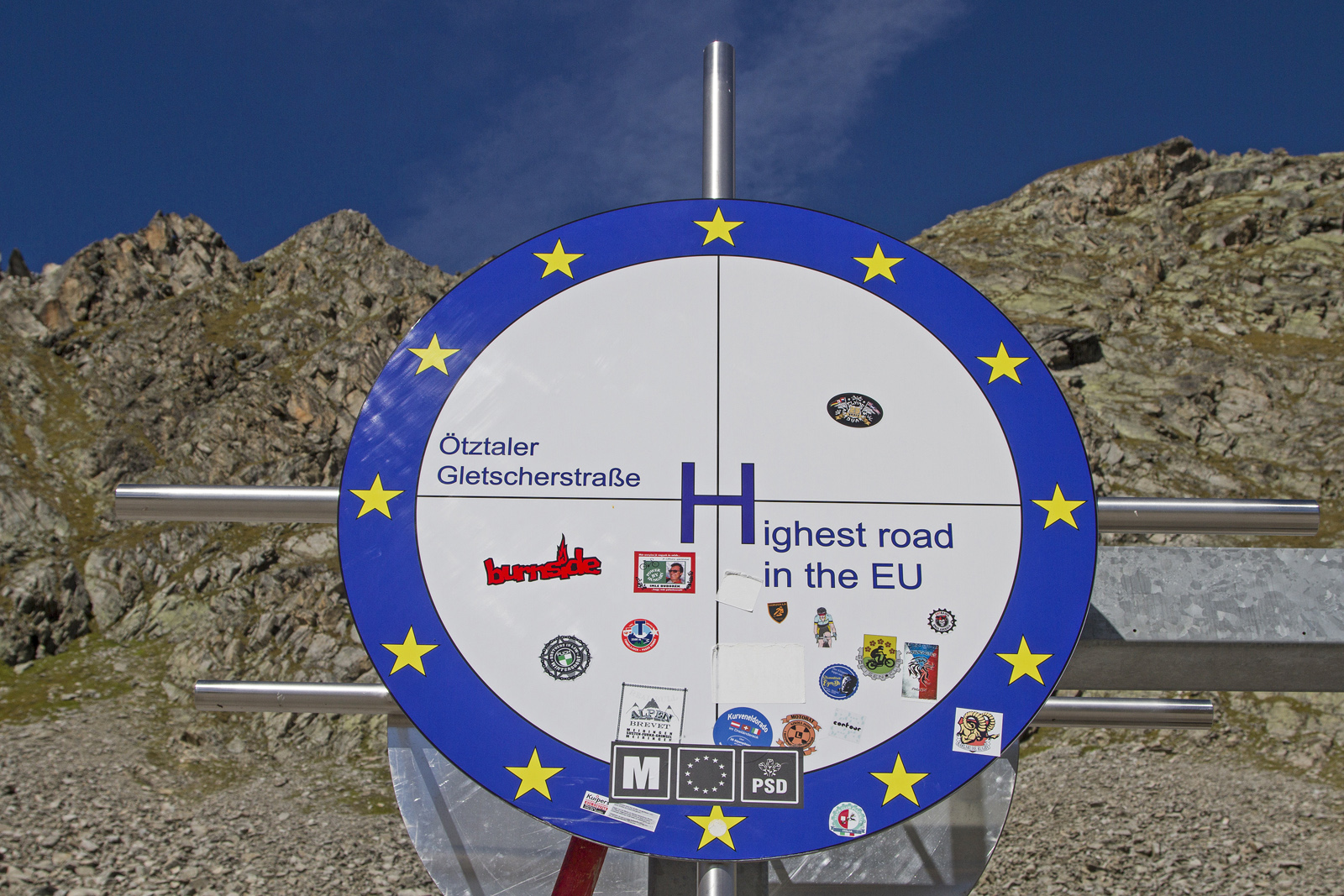 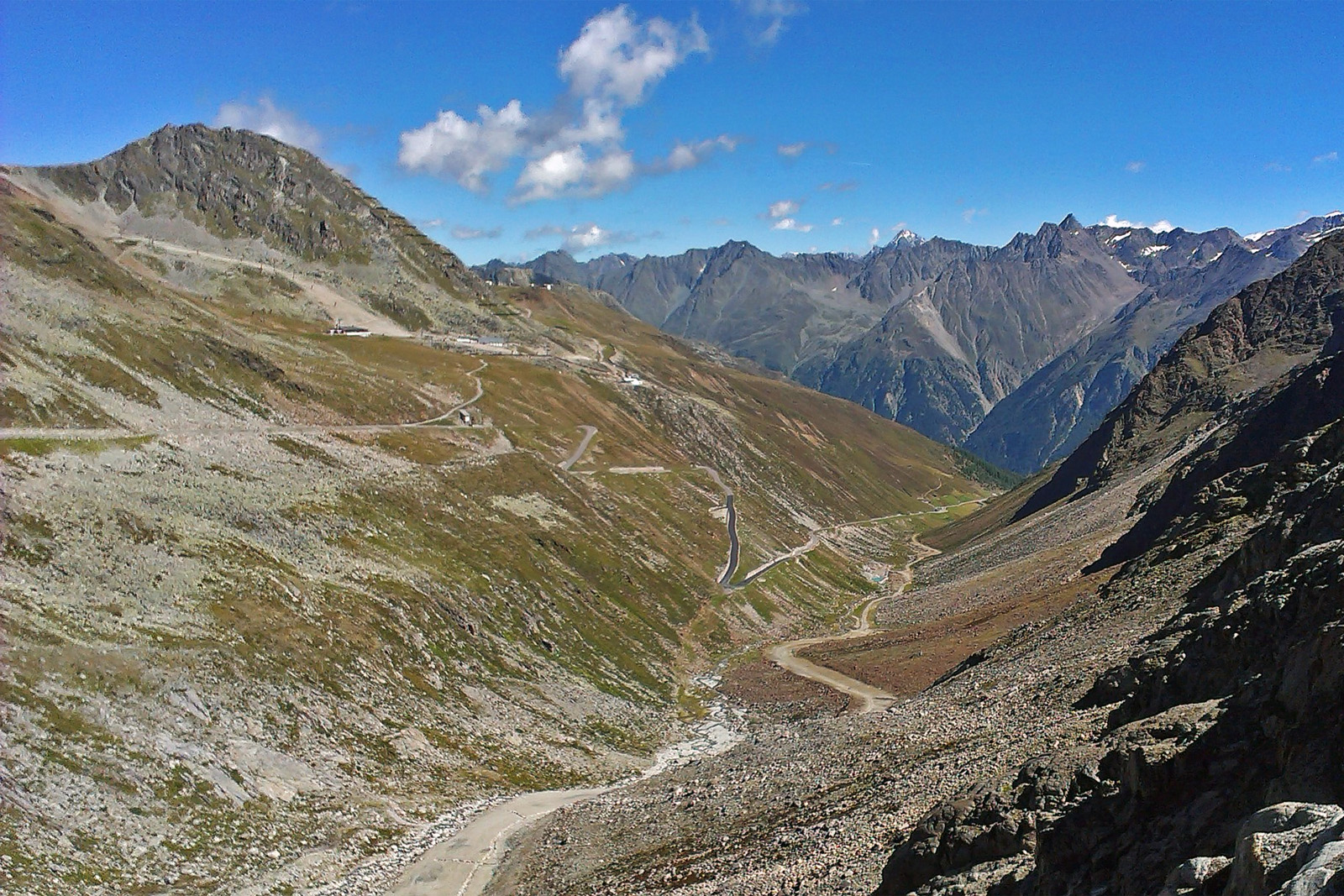 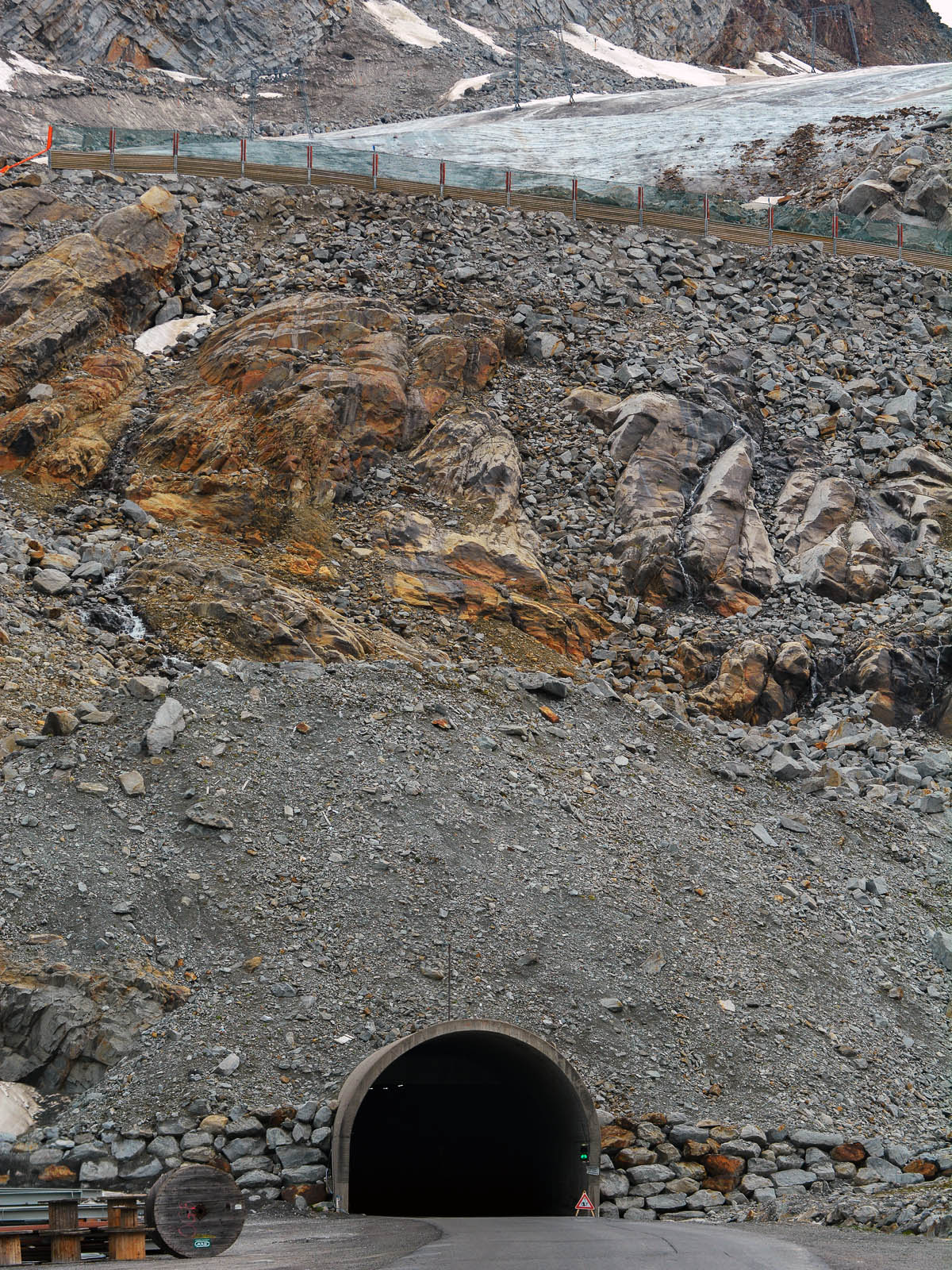 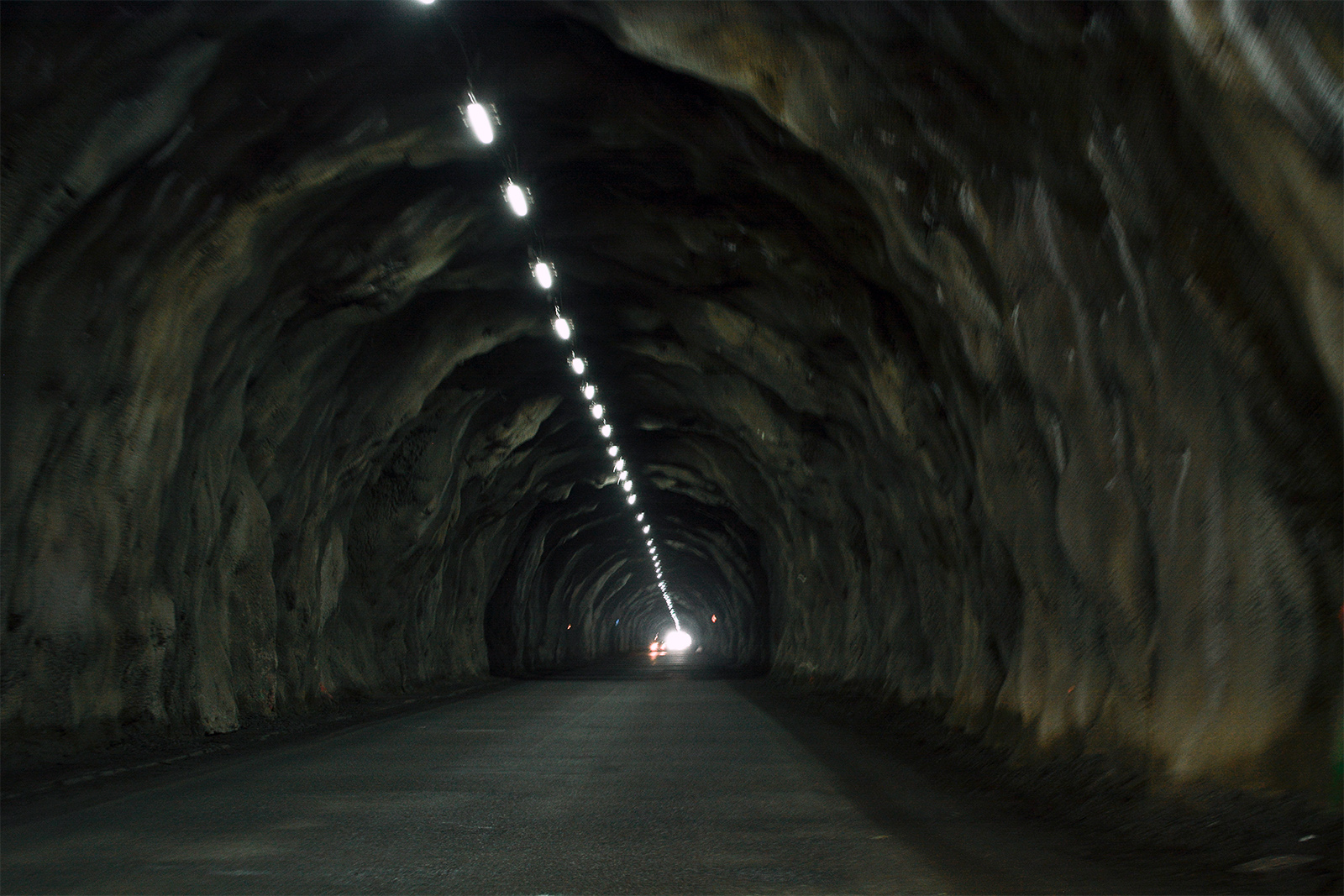 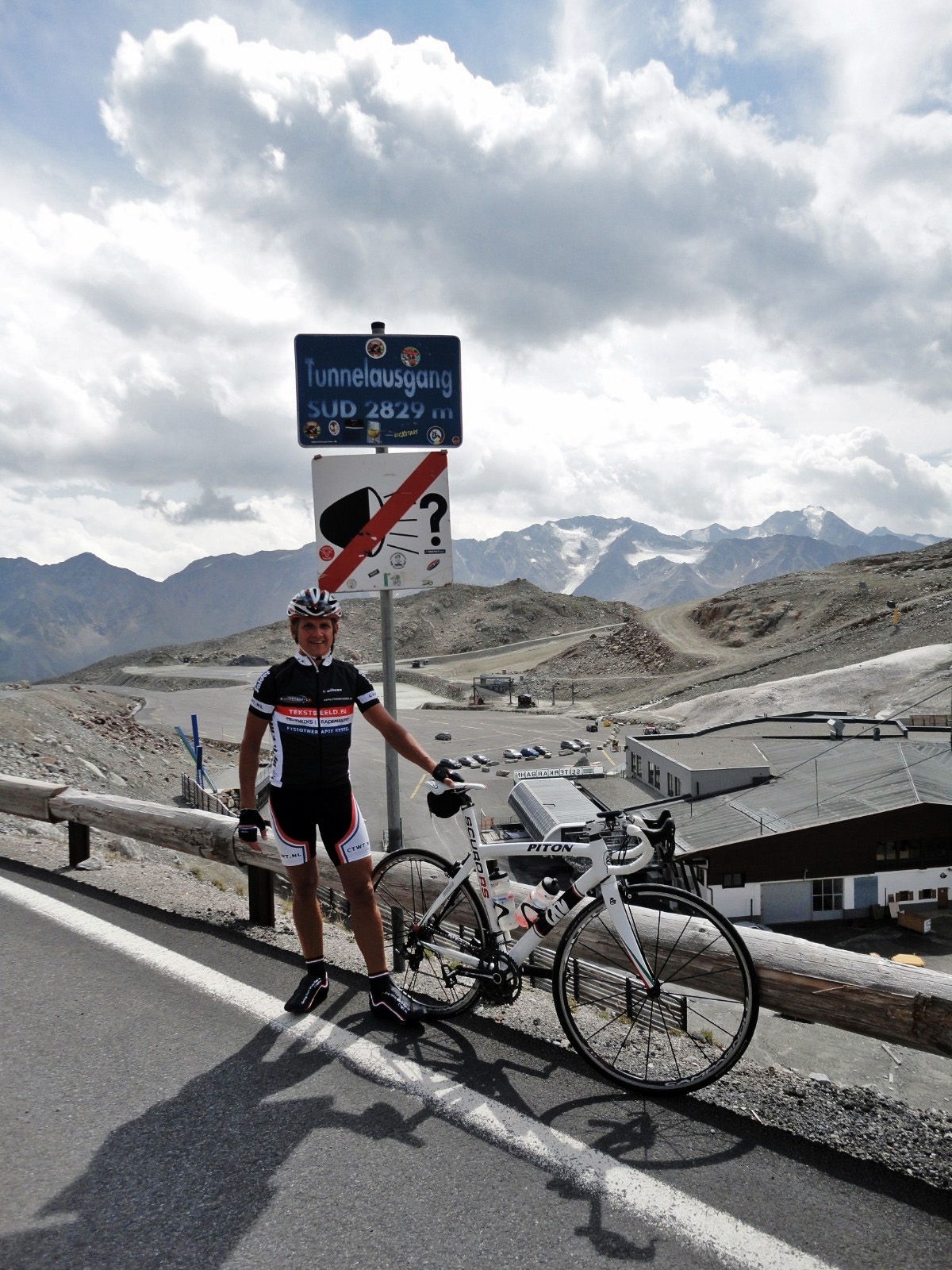 Picture 12 (Rob Thierig): Rob from Cyclokalender near the sacred sign at 2829 meters 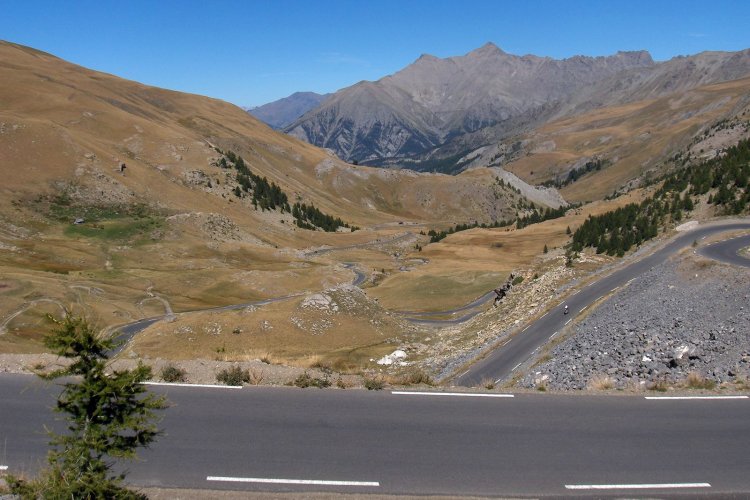