Who thought it couldn't be crazier after yesterday's storm is wrong. Stage 2 of the Haute Route Ventoux had to be shortened because of.... wet snow. The participants could climb the final climb of today (Mont Ventoux from Malaucène) up to Mt Serein. Again, mother nature showed her muscles again several times. 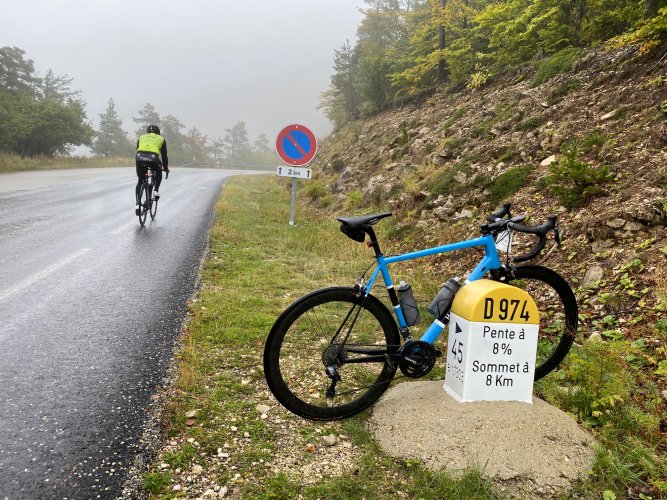 The weather forecast looked reasonable this morning. In the morning some rain would fall, after that it would be dry. However, it is a lot colder today, which didn't make the choice of clothing any easier. At 8:00 it is still dry at the start and soon the peloton is on its way to the first climb, the Blauvac. A short climb of about 5 kilometers, a nice warmup. My mate Herman immediately indicates that he doesn't have the legs today. Personally, I feel a lot stronger than yesterday. Immediately after the descent it is time for the second climb of the day, the Saint-Huber: a 15 km gradual climb that's never too steep. Moreover, it is beautiful.

Soon a group forms (with Frank Schleck, among others) and the atmosphere is still great. But 5 km before the summit it starts to rain. Most participants already have their raincoats on which is convenient. The temperature drops quickly and on top of the summit it is pretty cold. No one less than ex-Tour winner Andy Schleck proposes to form a group for the descent.

In Schlecks wheel we descend to Sault. On the way I manage to put on my doctor's gloves, because the water is coming out of the sky in the meantime. The group falls apart and with a couple of riders we ride in the direction of Montbrun. There we turn left, into the Vallée du Toulourenc. On the first climb Herman and I made friends with a Swiss rider, who likes to ride with us. But Herman is terribly cold. And he's not the only one, because at the stop there are several riders in a van with a heat blanket on.

The sun is out!

Fortunately, on the Côte de Bluye (5 km) it is getting dry and we even see some sunrays. Together with the Swiss rider I drive up the Col de Veaux. It is still going well. But in the descent it starts pouring again.

In Malaucène we turn left on the Ventoux. And immediately we see a lot of riders coming down. Are they all doing the short route? No, it soon turns out why. The finish line will not be on top today, but some 6 km before at Mt. Serein, because wet snow is falling on top. From the finish line you have three choices, you can take the bus back to Bédoin, you can descend and ride back to Bédoin via the Col de la Madeleine or you continue at your own risk. The latter option is of course not without risk.

With the three of us we start. The Swiss soon gets a hunger knock and is dropped. Herman immediately takes his own pace. It's still dry and I still feel pretty good, given the circumstances. I set the cruise control at 200w and slowly climb up. And I try to save a bit for the tricky 4 km before Mt Serein. It's old-fashioned suffering there, but I reach the finish line. Hot soup, a gell and a coke further I consider my options while putting on my Gabba, extra buff and winter gloves from my backpack. I pull my knee warmers down and turn them into leg warmers.

I don't really feel like a long ride in the bus again, and subsequently climb another 5 km to our hotel. And since it is still dry, I decide to continue on my own. Herman takes the bus. I promise myself I will turn around when it is really not responsible anymore. I am actually also very curious about the situation on the top.

The first 3 km are going fine, I'm certainly not cold and it's foggy, but dry. But after that it starts snowing and the wind picks up. Just after the summit I shoot some quick footage:

It would be totally irresponsible to send a whole peloton through these conditions, especially since not all participants had the right clothes with them. Again, a good decision of the organization. And again, everything was prepared down to the last detail: the busses were already waiting.

The lunar landscape I descend in a calm and controlled way. In the forest, the wind is gone and I can speed up a bit more. My hands and feet are very cold, but the rest is fine. And actually, after the forest the sun breaks through and it gets dry. Soon I am back at our hotel, which is 5 km on the mountain. After a long, very hot shower of 20 minutes I'm alive again.

Again, it was again an epic battle against the elements. Tomorrow the final time trial. Will it stay dry then?

P.S. Cyclocalendar reader Frederic Glorieux finished second, as he did yesterday. He's well under way to another podium. Kudo's. 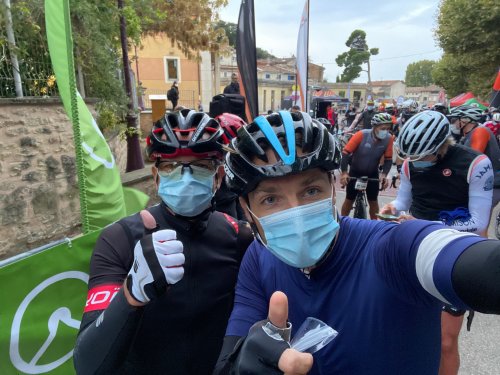 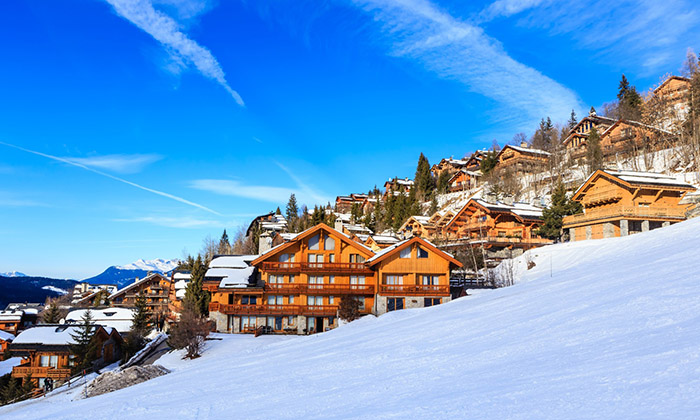 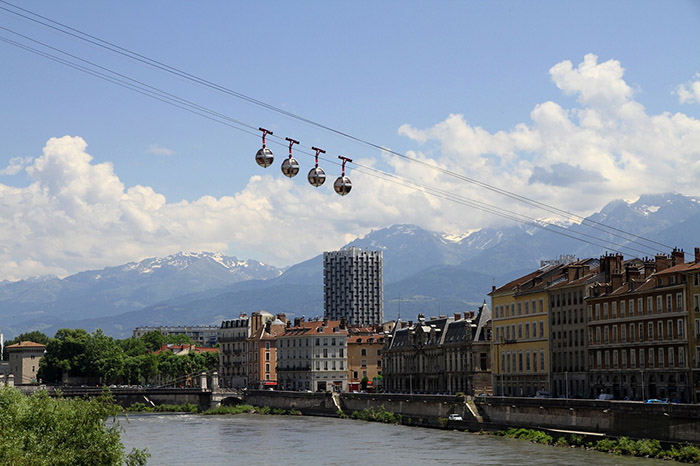