There's some debate about the Passo Gavia's height. If you pay close attention, you'll run into two different numbers: 2621 meters and 2652 meters. What's the story? Cyclocalendar did some research. 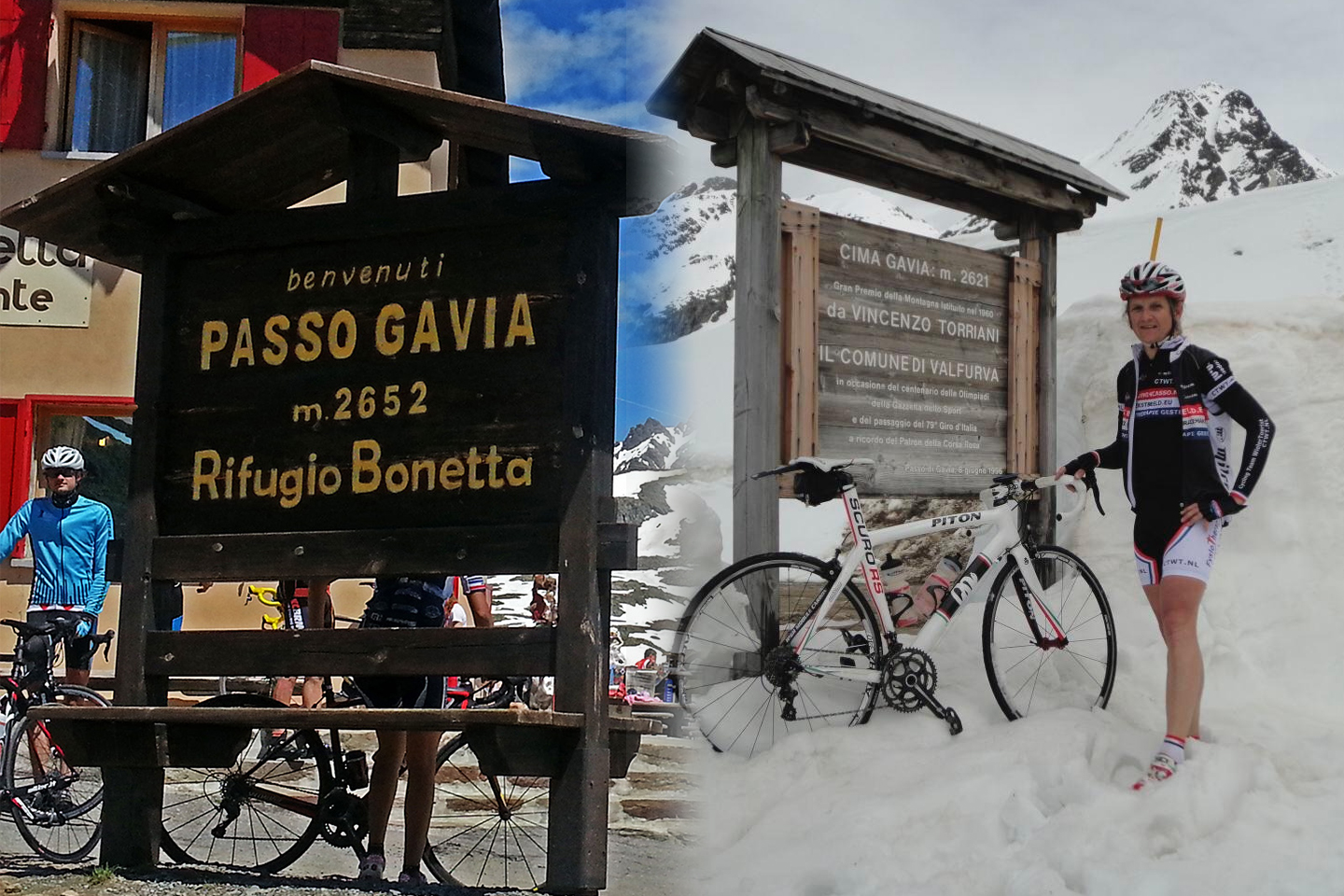 After some searching, we stumbled into this lovely article, which clearly describes the matter. Since the text is in Italian, we've made a translation using Google Translate.

A curiosity that few people know about and arouses perplexity in the most attentive people who frequent the Gavia is related to its real altitude above sea level. Arriving at the Gavia Pass, the sign still shows the altitude 2652 meters above sea level, in fact at that point you are exactly at "only" 2621 meters. There are those who shout "to the fraud", as if they wanted to raise the pass, which given its considerable altitude in our opinion there is no need.

For correctness, however, it must be said that the altitude reported is not exact, or at least to date it is no longer correct. We explain the reason for this apparent contradiction. These two maps were made at the beginning of the 20th century. The first one is drawn by Luigi Brasca based on reliefs and indications by Aldo Bonacossa in 1914, drawn at the request of the Kingdom of Italy just before the outbreak of the Great War. The state borders are indicated, what today are simply regional borders. The second one, instead, is touristic and was designed by Giuseppe Galli for the Italian Alpine Club Milan section just before the outbreak of the Great War. The carriage road at that time ended at Santa Caterina da Bormio and Sant'Apollonia da Ponte di Legno, but in reality the connection certainly existed since the Middle Ages, and with good probability also from previous centuries.

Going up from Santa Caterina there was an old mule track that led to Plaghera and then a path that followed a different route in some points compared to today's road, at least up to Pian Bormino, but at its end, instead of skirting Lake Bianco and arriving at the lowest possible point, as the rule would have it, the road kept going a long way towards Mount Gaviola and then descended to the higher Valle delle Messi, exactly at 2652 meters above sea level. The descent in the Valle delle Messi was also very steep and fearsome: it was very difficult to reach the bottom of the Sant'Apollonia plain. Once the war broke out, the need to quickly bring materials, food and Alpine troops from Adamello to Ortler/Cevedale led with great ingenuity to the birth of today's military road of the Gavia Pass. The Alpini, however, once they arrived near the pass, decided for convenience and simplicity, to take advantage of the lowest possible point to cross the pass and so the new altitude of the Gavia Pass fell to 2621 meters. If you still see signs with "2652m" written on them, it is not a "scam", it is the history of the Gavia of the times that were, when for many centuries the point of descent was different from today.

Conclusion: the height mentioned on the col sign refers to the past and is incorrect. It that an issue? Purists might have to bite their teeth seeing this forgery. I think it's a nice example of Italian inventiveness. It remains unclear why the old sign with the correct height has been replace by a new one with the height of the old pass.