Mavic and Time in dire straits

Mavic and Time, the two French iconic companies, are struggling to stay alive. Both are in dire straits. Will they survive the corona crisis? 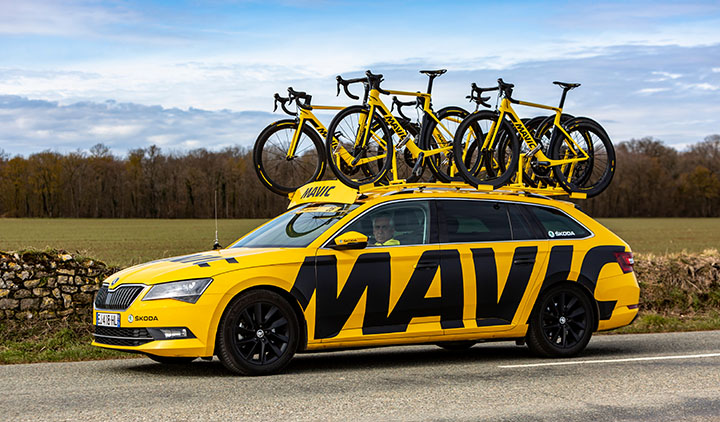 Everyone knows the yellow Mavic cars in the Tour de France. Wheel sets with illustrious names like Ksyrium, Aksium and of course Cosmic. Mavic is brand every cyclist knows. The Annecy based company with the distinctive yellow-black logo. Manufracter of road wheels, as well as track and MTB wheels, shoes, tires, apparel and much more. Always present at large gran fondo's with a nice booth filled with mouthwatering gear. Makers of the first electric groupset, which would never make it.

What's the story? In 2005, Mavic was acquired by Amer Sports, owner of amongst others Salomon. Amer Sports also bought ENVE wheels in 2016. Amer intended to merge the two companies, but that became a failure. The cultural differences between the two companies was simply too large, similar to the Volvo-Renault merger. Amer Sports decided to split to companies and sell Mavic. ENVE stays in the Amer portfolio, whilst Mavic was bought by an American investor, Regent LP.

This week became clear that marriage was not a long one. Mavic goes into receivership. The reason is not hard to guess: sales are down. Brands like Zipp, Roval, DT Swiss, Vision, ENVE, Fulcrum/Campagnolo, Shimano and of course brandless wheels from China put Mavics feet to the fire. The company failed to come up with new innovations.

Whether it's over and out for Mavic is unsure yet. The brand name is probably quite valuable. It seems logical an investor will be interested, although the price they will be prepared to pay, will be low.

Mavic is not the only company that's struggling. Another iconic French brand, Time, is losing money. A few years ago, Time was acquired by Rossignol, which you might know from their ski's. The take over meant Time could finally develop new models, such as the Alpe d'Huez and a new line of shoes. Rossignol also made new marketing budget available. But because of corona, sales have plummeted. Rossignol is thinking about a 'strategic repositioning', which is managers way of saying: liquidation or selling the company. Time is of one few frame builders with their own EU-based production base in Slovakia. Very bad news for the people manufacturing those beautiful carbon frames. As for the rest, the Time pedals will remain in the Rossignol portfolio. Apparently they are still profitable.

Time and Mavic appear to be the first corona victims in the cycling industry. A very unfortunate and sad story. Time will tell if more brand will follow, but it seems unavoidable.